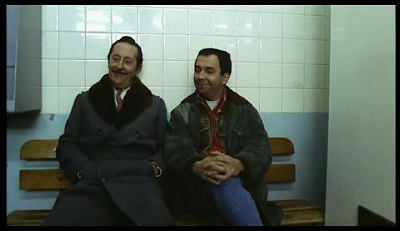 Tandem marks a concerted attempt by Patrice Leconte to move away from his earlier, broadly comic films to a style more concerned with detailed character development and a greater degree of visual sophistication (the film announces this intention right from the opening, with a lovely tracking shot that progresses from the side of a busy road right onto the blacktop, as we watch a car approach). While Leconte had already moved beyond the sketch-based comedies that made his name, this film shows a greater degree of control over tone, working carefully in a bittersweet register that largely skirts sentimentality. 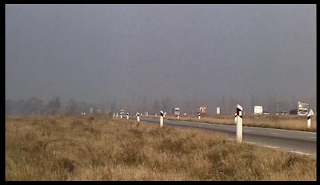 The film is focused on Michel Mortez (Jean Rochefort), a middle-aged radio presenter who travels the length of France with his down-to-earth quiz show, with his driver/engineer Rivetot (Gérard Jugnot) in tow to smooth out glitches both electronic and interpersonal. There's an essential ambiguity in Mortez's - and the film's - attitude to the provinces where he makes his living. Mortez is a master of surviving the incessant round of local dignitaries he encounters, but views his Parisian apartment as a kind of refuge from what he must endure while on the road. Similarly, the small towns we see throughout the film are generally presented as grim places where little happens (or, indeed, has ever happened: Mortez's patter is brilliantly modeled on real radio shows, highlighting each community's points of pride, while implying that such local fervour is misplaced). 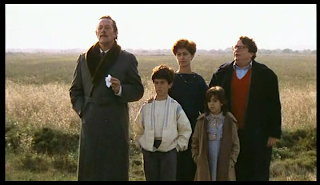 Those ambiguities notwithstanding, the film is often a strikingly good examination of much of what separates France's capital from the provinces. It's also a balanced account, dissecting the foibles of the various petites bourgeoisies with glee while also finding warmth and human connections along the same narrow roads. Most of all, though, it's a wonderful account of the spiky friendship between Mortez and Rivetot, a relationship born first of professional necessity and slowly accreting layers of genuine affection. Rochefort is a master at this kind of thing, beautifully playing the aging pro who is capable of throwing off the worst circumstances to ensure the show goes on, but Jugnot is the revelation. At the time, he had virtually no substantial non-comic experience, and while later dramatic roles have shown that he has a Robin Williams-like instinct for the sentimental jugular, Leconte reins him in here and in the process helps to craft perhaps the most nuanced and appealing performance of the actor's varied career.