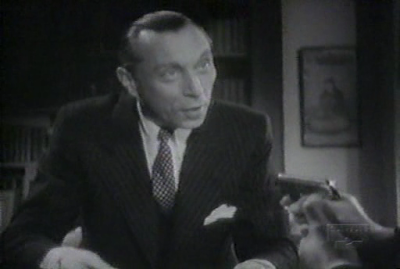 So often confined to small, if often indelible, roles, Louis Jouvet gets to dominate the screen here, playing two different characters -- and, into the bargain, three further incarnations essayed by one of those two characters, who is a con artist, a thief, and perhaps worse. Copie conforme wasn't the first occasion on which Jouvet played different roles, although previously it was the same character temporarily taking on a new persona, whereas here he plays two entirely different men. 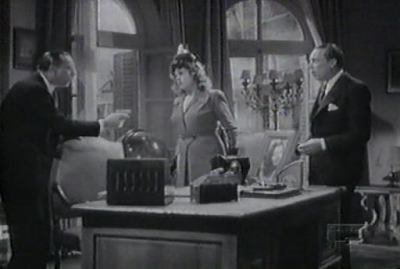 The confrontation between the two men provides a fascinating opportunity to observe Jouvet's own development as a screen actor -- as much as he preserved many of his theatrical instincts, he learned ways to modulate them for the screen, and he draws careful distinction between the two characters without ever lapsing into obviousness. The requirements of the plot dictate that the two main characters gradually converge, which makes the onscreen action enjoyably confusing near the end -- both the other characters and the audience are constantly uncertain of who they are dealing with. 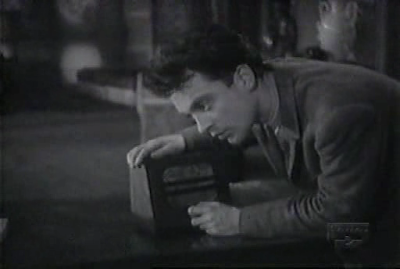 Jouvet's three smaller roles, little vignettes of criminal enterprise, are also very enjoyable, especially his turn as a jovial moving man wonderfully adept at dissipating all air of suspicion; it's a rare working class character for an actor more often associated with middle-class professions (or middle-class thievery). While Jouvet certainly does the heavy lifting throughout, there are a handful of notable supporting turns, too -- a very youthful Jean Carmet (above) has one of his first credited roles as  one of the criminal cohort, while Suzy Delair provides the love interest in the first of her two films with Jouvet that year.