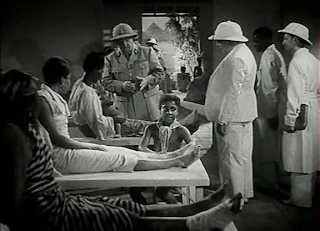 Where British colonial films generally kept their stars safely back in the studio, several similar French productions shipped the headliners overseas - as was the case for this muddled propaganda melodrama, which blends a tale of lost love and leprosy with attempts to extol the Niger irrigation scheme. That scheme was a long-gestating dream of some French colonials, who imagined they could create a cotton-growing scheme in the Sahel, partly to give French cotton manufacturers a stable supply line and partly, perhaps, to compete with pretty successful British efforts along the same lines in the Sudan. 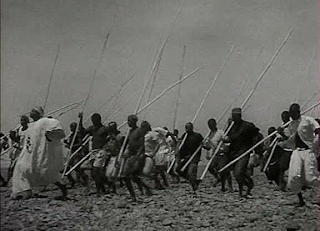 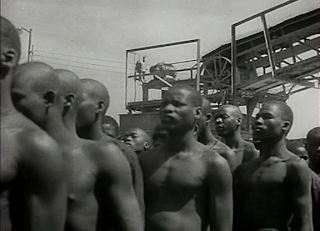 The opening and closing sections were filmed in what's now Mali, including in a working leper colony in Bamako, with an extended sequence back in Paris sandwiched in the middle. Leprosy is a key plot element - indeed L'Homme du Niger is the second Harry Baur film within two years to feature leprosy, though Baur's character was not the victim in either case. There's a nice bit of business, involving a lighter, cigarettes and an observant physician, to reveal the leprosy problem, although it's telling, and entirely expected, that a single European character gets far more screen time than the entire hospital of African patients, most of whom are dismissed in the usual patronizing terms.

Although he was a prolific director, particularly in the silent era, very few of Jacques de Baroncelli's films are available today, and although he extracts several nice performances here, particularly from Harry Baur - who is especially good in the key diagnosis scenes - and Victor Francen, the love story elements fail to convince, which seriously hobbles a film that's already uncertain of whether to emphasize the politics or the drama.