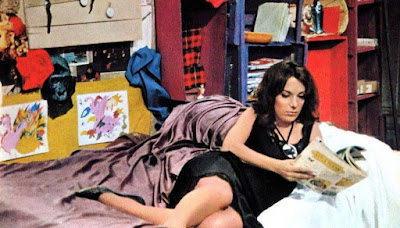 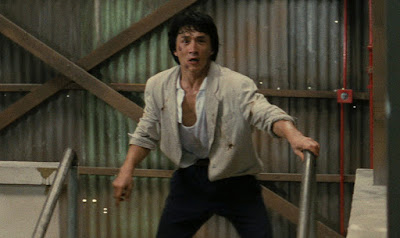 A letdown -- the film opens with a summary of the exceptional stuntwork of the first film, but very little of what follows has the same rhythm and verve. 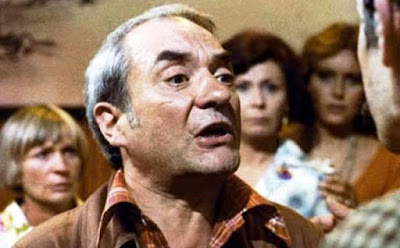 Boisset had a decent run of films in the 1970s, taking a fairly left-of-centre perspective, with this perhaps his most acid picture, a disturbing portrait of French society and its dealings with outsiders, specifically France's Arab population, though other, nearer neighbours' "true" Frenchness also comes under the microscope as la France profonde defends its interests. Jean Carmet is excellent, and quite disturbing, in an atypical role, while Isabelle Huppert lights things up in a fairly early screen appearance.
No comments: 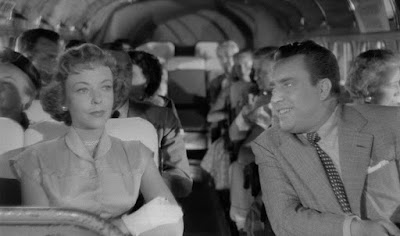 An unusually frank film, for its time, with respect to social mores, focused on a salesman who is attempting to juggle two relationships, though the picture has to stretch credibility a little to accommodate this situation in a manner that keeps the central character sympathetic.While the film seems to start out as a justification for male misbehaviour, as the narrative unspools it becomes something a good deal more interesting, a discussion of how the standard boxes don't work for every situation, and where women, in particular, are likely to fall foul of social regulations that determine acceptable behaviour. The film is quite up front about this, engineering situations in which conversations about stifling convention are reasonably credible, while Lupino makes ample time for us to hear from the two women -- they're anything but subordinate to the story. It might make a good pairing with the slightly earlier That Brennan Girl.
No comments: 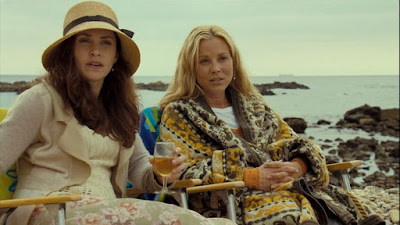 An assured film from Siodmak's French period, though with a somewhat unusual structure -- it almost feels like two different films, albeit both featuring the same protagonist, with the capacious frame a tale of domestic spite and poison and the inset a rousing sketch of colonial skulduggery in Shanghai (a pretty common backdrop at the time). Harry Baur is in fine form as the titular Mollenard, a merchant marine captain facing ruin and shame, a circumstance that brings every dark aspect of his relationship with his wife, played by Gabrielle Dorziat, to the fore. The film rigs the game somewhat, though, by making Dorziat's character so utterly unsympathetic -- the same rather unpleasant trick Renoir played in La Chienne -- that the audience is cast on the side of the criminal by default. Still, the downbeat ending manages to channel something of the spirit of Quai des brumes, made the same year, with the two films also sharing Eugen Schüfftan as director of photography.
No comments: