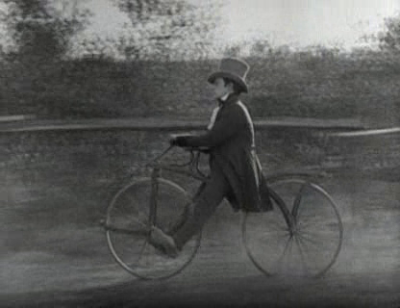 It's only Keaton's second feature film behind the camera  -- though he shares the credit here -- but Our Hospitality is a fine example of the range of both Keaton's talent and his targets, marrying the expected thrills and comic spills with some fine satire of the mores of the American South. Like many of his films, the film starts relatively slowly only to build to a tremendous climax in terms of both scale and drama, and it would be easy to forget how subtle a performer (and director) Keaton was: watch his hands, for instance, as they reveal his character's inner turmoil, as though they've taken up the emotion often absent from his face. Of course, Keaton doesn't save all of the good stuff for the finale: there's a hilarious sequence early on involving an absurd train journey, which must have caused considerable whiplash for the performers involved (as befits a little boy fascinated by machinery, Shay found this section particularly funny, and he was thrilled by the finale, too).