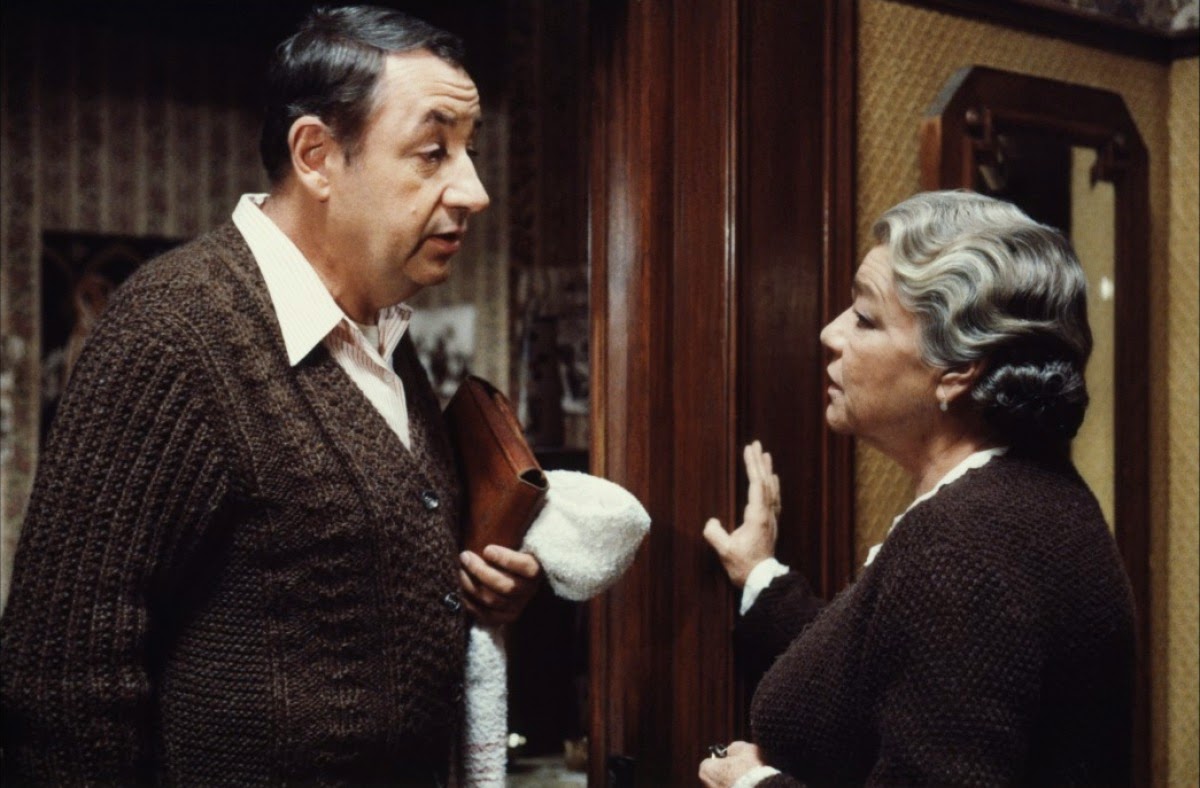 Although it has a reasonably interesting colonial/exotic backdrop, Pierre Granier-Deferre is no Bertrand Tavernier (think Coup de Torchon), or even a Pierre Schoendoerffer, and his film shines brightest when it's at its most conventional, as a two-hander between two old pros, Philippe Noiret and Simone Signoret (in her final film role). It says much about the actors that they can infuse such potentially mawkish material with real conviction, enough to earn a charge of genuine emotion at the film's conclusion. Incidentally, I can't watch one of Signoret's later roles without thinking of Farran Smith Nehme's acutely insightful comments on the actress's attitude toward her changing looks.