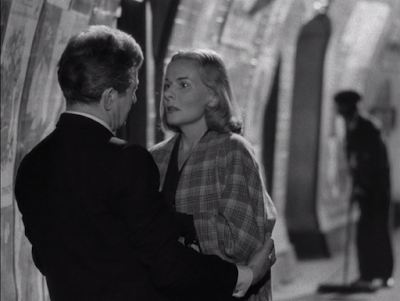 I haven't seen any of David Lean's 1940s films for a long time, partly because I took such exception to Brief Encounter the last time I saw it. Indeed, my reaction was so strongly negative that I wonder whether I shouldn't take another look. In any case, although this film, which ploughs some of the same emotional territory, enjoys nothing like the same reputation I found it to be very engaging. It's certainly not perfect -- the flashbacks within flashbacks were a little awkward without adding much -- but there's a degree of emotional subtlety and sincerity that's very affecting. While Claude Rains is very much the supporting player here as you might expect he makes hay with what he has, particularly in a wonderful scene where he is ostensibly reciting the rather dry details of a recent business meeting but in reality is giving expression to his inner turmoil. The mise en scène is often very interesting, too -- at times quite consciously theatrical in some of the sequences set in Rains' home, or in the pairing of two adjoining rooms which you could easily imagine on the stage, but it works very effectively. 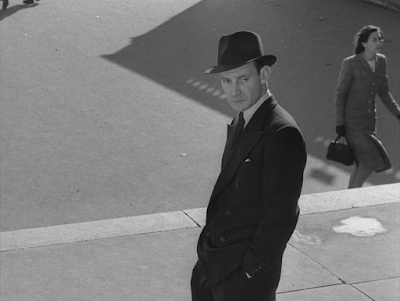 This is a good article about an interesting film. I appreciate your complement of the performance by Claude Rains, who was a great actor in the Golden Era.

I would like to invite you to join a blogathon which I am hosting in November. On November 9-11, PEPS is hosting the Claude Rains Blogathon in honor of this marvelous actor's 129th birthday on November 10. We are just focusing on his extensive film career, and we are putting no limitations on duplicates. We want to hear everyone's opinions on his wonderful movies! You can read the announcement and sign up here: https://pureentertainmentpreservationsociety.wordpress.com/2018/10/02/five-minutes-everybody-the-curtains-going-up-on-the-claude-rains-blogathon/.

I would also like to invite you to join a blogathon which my sister, Tiffany, is hosting, "The Second Annual Great Breening Blogathon." This blogathon, which will be taking place on October 12-17, is a celebration of the Code, its Era, and its enforcer, Joseph I. Breen. We are using this blogathon to honor Joseph Breen on his 130th birthday, which would have been on October 14. However, we are extending the blogathon to October 17 to celebrate the second anniversary of PEPS, which was founded on October 17, 2016. You can participate by breening a film that is not from the Breen Era (1934-1954) or by analyzing a Code films. You can also discuss an aspect of the Code, its influence on Hollywood, or Mr. Breen itself. You can find out more and join here: https://pureentertainmentpreservationsociety.wordpress.com/2018/09/27/announcing-the-second-annual-great-breening-blogathon/.

We hope you can join. We could really use your talent!