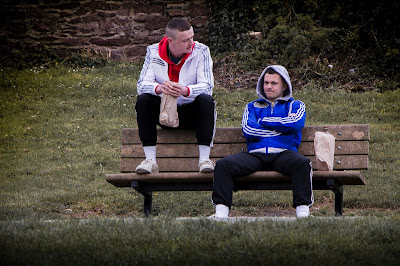 A very funny first feature from Peter Foott that captures some of the same blend of comedy/affection of the British TV show/films The Inbetweeners infused with a very mild dose of the pathos of Adam and Paul, the film focuses on a pair of ne'er-do-wells who concoct an outlandishly naive get-rich-quick scheme. It's essentially a road movie, on bikes around West Cork rather than in cars across the American West, and while the script is often extremely amusing, it's the chemistry between the leads that really elevates the material; it's no surprise to discover that the film has spawned a TV series in an attempt to re-capture the magic.