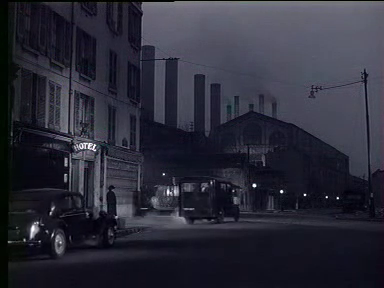 Based on a novel by Simenon and scripted by the legendary Jean Aurenche and Pierre Bost, though it's hardly a career highlight either in behind or in front of the camera (Jean Gabin and Brigitte Bardot, both of whom are barely stretched by their roles, are the focus on the latter side). The film comes across as something like a 1950s French version of The Woman in the Window or The Strange Affair of Uncle Harry, without the restrictions of the American Production Code, though the sourness of the end does suggest a more interesting film could have been crafted by a director less self-consciously provocative than Autant-Lara.