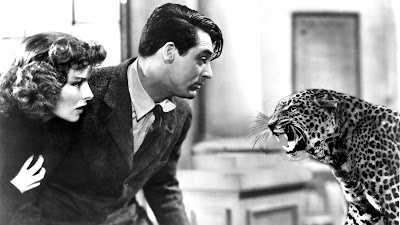 There's little for me to add with respect to Hawks' wonderful film, which pairs Cary Grant and Katharine Hepburn at their peak, except to note that I watched it on this occasion with a six-year-old and a four-year-old who remained rapt throughout, interrupting the film only to ask for occasional clarity regarding the identity of the titular leopard. The opening is so rapid-fire that I worried they would struggle to figure things out but my concerns were entirely misplaced, and they stayed with it through the final scene, aghast and delighted at the destruction on display.