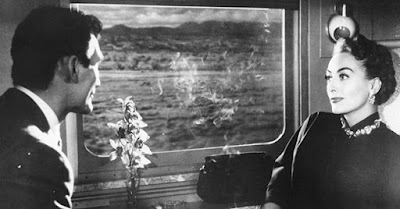 A film that I'd wanted to see after reading Farran Smith Nehme's very engaging appreciation in Film Comment, this did not disappoint, a noir with a deep vein of high-pitch melodrama. Joan Crawford is excellent in one of the strongest roles of her later career, reacting to the most alarming of circumstances and setting in motion a plot of her own, while she gets particularly good support from Jack Palance, so angular here that he looks like an actor as drawn by Picasso at times.