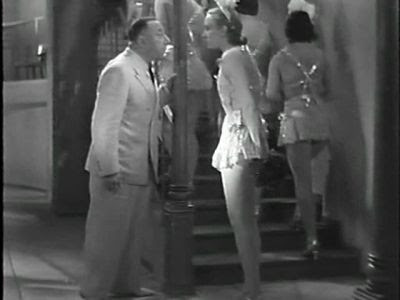 Pabst's film is an oddball mixture of fairly straightforward 1930s exoticism featuring the Shanghai underworld and torn-from-the-headlines political intrigue related to the Sino-Japanese War of 1937. Where a later film like Casablanca kept the historical specifics pretty loose, one of the many reasons that film remains so fresh 70 years on, Le Drame de Shanghaï is rather dated for an audience not exposed to news from the front. Still, while the segments on Chinese nationalism are pretty stodgy fare, there are several memorably atmospheric sequences in and around the nightclub on which much of the action centers -- especially those sections featuring, all too briefly, Louis Jouvet in what is, by his standards, an unusually despicable role. He plays a gangland figure who appears to come back from the dead, and the scene where he reappears, tilting a lamp toward his interlocutor, is the kind of detail that might have caught the eye of a Jean-Pierre Melville; there's also a genuinely creepy scene in which Jouvet and other criminal bigwigs preside over the death of an unfortunate coolie, brought to the club merely to demonstrate the effectiveness of an assassination method the men are considering.