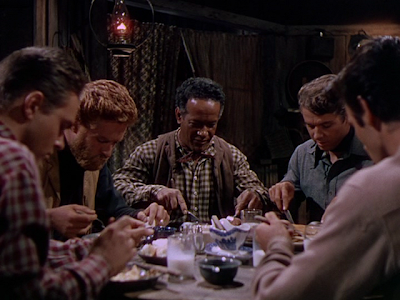 1952, US, directed by Budd Boetticher

Budd Boetticher's first Western is an enjoyable, efficient bit of work: the opening scenes sketch in the film's central problem swiftly, introducing us to the titular Cimarron Kid (Audie Murphy) and thrusting him into the situation that will set the action in motion (the Kid is attempting to go clean after a wrongful conviction, but an ugly encounter with a vindictive railroad detective makes him feel as though he has no choice but to join up with the Dalton gang.) 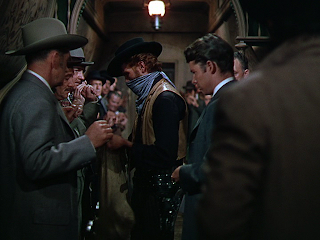 Those Daltons are a strange bunch: outlaws to be sure, but also a family (literally in some cases, since many of the gang members are brothers) that is tight knit, tolerant of at least some idiosyncrasy, and staunch in defence of its members. If anything, indeed, it's a little too idyllic; it's hard to reconcile the easygoing atmosphere of the lawbreakers' home base with their criminal ambitions, while only the Kid appears to have been pushed toward a life of crime (and even he gets a pretty good shake from the local Marshal). 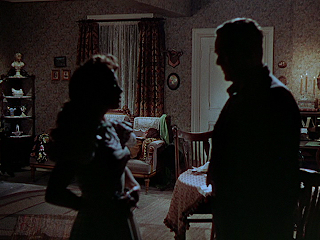 Still, the film isn't designed to bear too much weight: it moves along briskly and cleanly, and Boetticher assembles his action scenes with great skill (a dual robbery, intercut in the early stages, is especially good, while two parallel scenes of bloodless ambush are strikingly shot, with gun barrels emerging menacingly but silently between the slats of a horse stall). Even here, relatively early in his career, Boetticher is making imaginative shot choices: the train robbery near the beginning of the film is shot with the camera moving back down the carriage, more and more passengers entering the frame, while late on he has an arresting shot in which two characters move into the shadows, their silhouettes framing the Kid as they debate his fate. 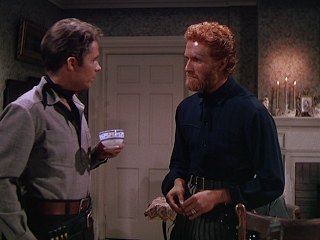