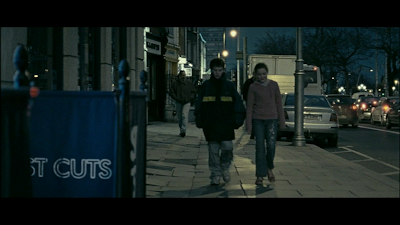 
The Swedish presence in the production credits for Lance Daly's third film seems more than simply an acknowledgment of the film's funding, for Kisses draws very much on the traditions of a Scandinavian cinema that has dramatised stories of young people with great skill and honesty, and which has proved remarkably adept at finding talented actors to assist in telling those stories (in films like My Life as Dog, The Ice Palace and Zappa, from Sweden, Norway and Denmark respectively). 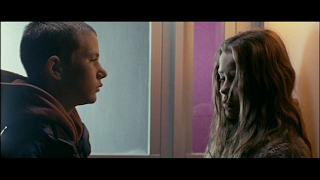 Kisses focuses on twenty-four hours in the lives of two children from an impoverished Dublin suburb, who run off to the centre of Dublin following an unexpected windfall. As frightening as the prospect of the city might be in other respects, it's also a refuge from their terrible day-to-day routine, although Daly's depiction of their home lives does lack much in the way of nuance (residents of Dublin's less heralded areas might feel justifiably aggrieved that they're all depicted as feckless and abusive ne'er-do-wells). The film underlines the sense of the city as a sanctuary through a slow shift from black and white to colour as they get closer to town. It's not an entirely original device, but the very gradual introduction of colour - mirrored partly in the choice of transportation - works more effectively than a sudden switch. 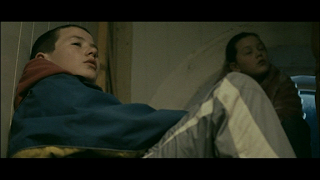 The plot is occasionally a little over-stuffed - the pair has a very busy night indeed, packed with random encounters - but the film has a real feel for Dublin's streets: Daly generally insists on geographical plausibility, and he picks up on the kinds of conversational snippets familiar to any resident of the city. The performances of the two young actors are critical to that: both non-professionals, their backgrounds aren't all that dissimilar from those of their characters, and they're extremely lively, committed performers (by all accounts they were a handful on set; their DVD commentary is well worth listening to, and at times it's almost an extension of the film, particularly in the tart language employed). 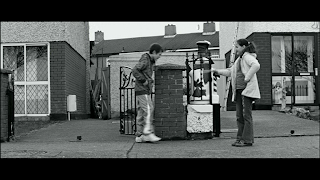 Although there are moments that briefly suggest alternative lives - a lovely sequence where the two half skate through the Jervis Street shopping centre, their home lives clearly forgotten - Daly avoids easy outcomes, being blunt about the realities from which this occasionally magical twenty-four hours is plucked. Nonetheless, he's always aware of the ways in which his characters differ from the adults around them; if there's something resigned in the youthful expressions at the end of the film, there's also a deeper complicity between the pair, suggesting that they are better armed to deal with the complex, sometimes unpleasant world around them. 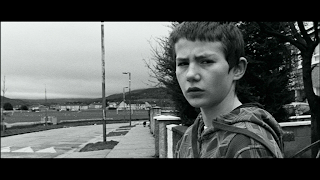 I agree with those who
have praised this excellent film.. It was well directed and the story is so different..