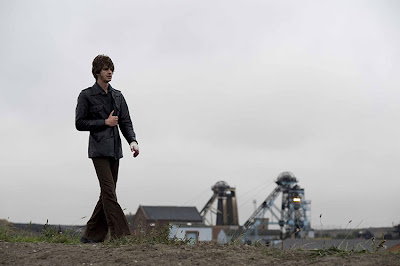 The shot that introduces us to Yorkshire in Red Riding is almost identical to that in The Damned United, also based on a book by David Peace, with a car driving up a rain-soaked road, carrying a man leaving behind experiences in the south for an unpredictable future. Other than the original author, however, the two projects have little in common: where The Damned United focused on one individual's odyssey, Red Riding takes on the police and broader social culture of Northern England in the 1970s.

Peace, and his cinematic adapters, interweave real events – the Yorkshire Ripper murders, and vaguer references to the murder of Lesley Molseed, which led to a miscarriage of justice, among other notorious cases – with fictional characters and plotlines, creating a dark, despairing portrait of Northern culture. There’s nothing celebratory about the North here, except between an inner circle of corrupt policemen who believe they can make their own rules, and even the potential heroes are almost all terribly flawed, with justice compromised at best. 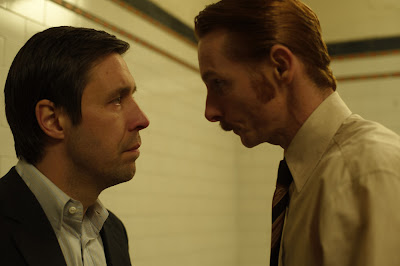 There's an almost complete lack of humour in the first two episodes, which does occasionally make for a rather dour four initial hours. Anand Tucker seems to recognize that there's only so far he can push the audience, leavening his final segment with the occasional flash of mordant wit and also creating some sense of limited redemption, albeit of a very circumscribed kind given what's taken place over the course of the trilogy. Tucker also finds quiet moments that reveal a real humanity between one of his lead characters, a rumpled, sad-sack lawyer, and a young woman with whom he crosses paths, nicely balancing what we slowly realize were much less innocent interactions in the earlier episodes between a priestly character (played by Peter Mullan) and those to whom he ministers. 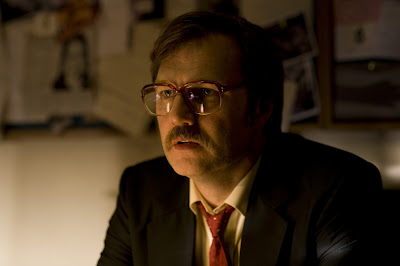 The three directors shot their episodes on different film stocks (Tucker uses HD video), and each segment consequently has a rather different feel. The opening section, set in 1974, was shot on 16mm and positively reeks with the cigarette smoke and alcohol in which the story is thoroughly embedded, and which are key elements of the retrograde social structure that Peace described in his books, but Jarrold also finds something beguiling and warm in sequences shot both in down-at-heel bars and luxurious homes.

By contrast, the middle section, on 35mm, more of a classic police procedural involving the assignment of a new officer (Paddy Considine, excellent as always) to an apparently stagnant case, has a harsher tone, exemplified in the settings that James Marsh chooses - a grim bunker-like document room, or the toilets in a police station - and he comprehensively undermines virtually every hint of heroism among the police characters who are at the core of the story; it becomes, in the end, a situation in which we're invited to choose we least dislike. That, ultimately, is an idea that is woven through all three films. That the result is compelling - I watched the three films back-to-back in the theatre - rather than repellent is testament to the skill of the three filmmakers in creating an absorbing through-line within a tremendous mass of diverting detail, character, and subplot.