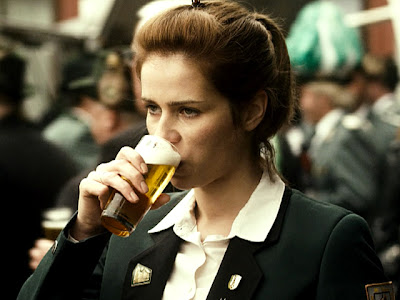 Further proof, if ever it were needed, that European film industries are perfectly capable of churning out low-grade, pre-fabricated films of their own; there's virtually nothing original or especially charming in Elmar Fischer's film, and certainly no reason to root for the heroine, played by Nora Tschirner. She's apparently one of Germany's more energetic young stars, but this is a poor showcase indeed.