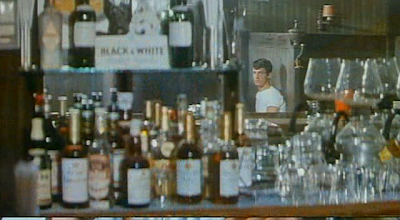 L'Ainé des Ferchaux seems to be the forgotten man amidst Melville's 1960s output  -- all of his other 1960s films, and then some, have received the Criterion treatment, while this film hasn't been released in the US at all (it was remade in 2001 for French TV with a much older Jean-Paul Belmondo playing the role taken here by Charles Vanel). 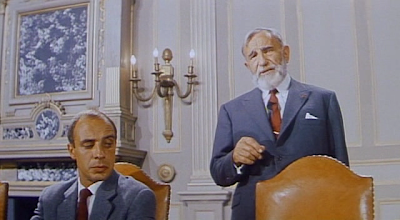 I wonder if there's a rights issue that's holding it a release, since the film's certainly not without merit or interest, not least as one of two films that Melville shot (partly) in the US. The "partly" is the more significant here in that he didn't bring his actors with him for the American shoot -- apparently in a fit of pique over Charles Vanel's desire to have the trip double as a honeymoon, something that Melville, with his exceptionally, and perhaps sometimes unreasonable, high standards found to be unforgivably unprofessional. 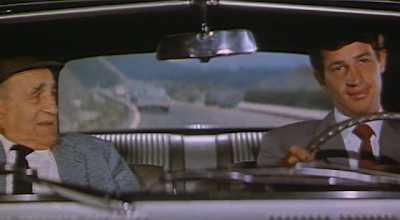 Whatever the rationale, the outcome allows Melville, as he acknowledged, to have plenty of fun stitching together American location footage with studio material and, here and there, exteriors shot in southern France but purporting to be in the US. The stitching doesn't quite work if you happen to have taken a similar road trip through the American east and south, with the locations occasionally shifting unexpectedly, but Melville's not really after strict verisimilitude, and his vignettes of early-1960s Americana remain diverting, while there's a genuine care to find continuities between the neon colours he finds in the American streets and the studio sets back in France. He seems to be thoroughly enjoying his first work in colour, although he switched back to black-and-white for his subsequent film. 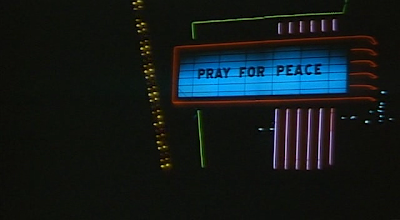 Always an admirer of the US, Melville gets to indulge that love here, both in terms of the places he chooses to put on the screen and the films to which he pays homage -- starting off with The Set-Up in the opening scenes, to the western music that underlines much of the central road trip that Charles Vanel, a banker on the run, takes with his new assistant Jean-Paul Belmondo. Many a road movie mines the differences between the protagonists for comic effect, but Melville is much more interested in the cat and mouse dynamic between Vanel, an ailing older man, and his brash young bagman, who's clearly on the hunt for a score. Melville underscores the difference between the men by constantly placing them as far apart as possible in the frame, so that even when they are ostensibly crammed together in a car they're at odds; the effect is even more pronounced when they settle for a time on the fringes of New Orleans, with Belmondo, in the example below, barely inside the frame. 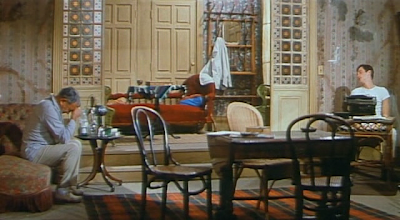 For the most part, Melville films the two men in long and medium shot, eschewing close-ups until two key moments in the narrative in which Vanel and Belmondo invade the frame, as if to intensify an already fraught scene. The shots also reinforce the claustrophobia of their New Orleans existence -- a near-tropical setting that recalls Vanel's past in the French colonies. The atmosphere of decadent decay surely influenced Bertrand Tavernier's Coup de Torchon (based on an American novel transposed to Africa) years later; Tavernier worked for Melville on Le Doulos. 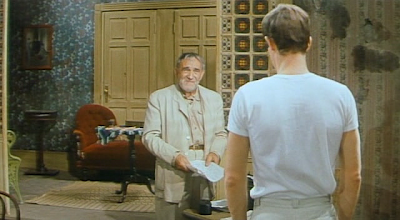 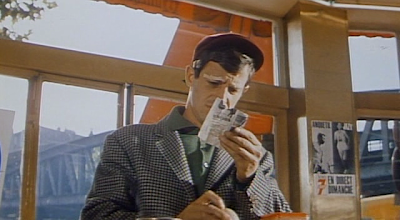 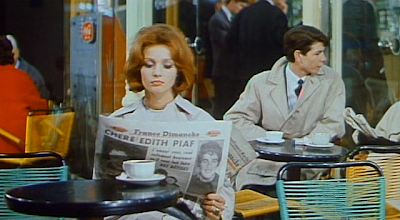 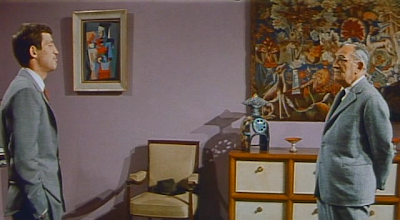 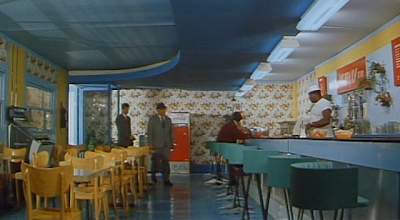