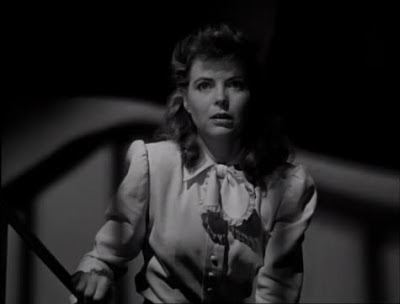 A ripe slice of Gothic melodrama, that throws together a hodgepodge of stock elements -- a mute in peril, an old dark house (with a storm blowing outside, naturally), serial murders, sibling rivalries, an ailing matriarch, a drunken housekeeper, and a smattering of romance -- to quite good effect. At times, it's hard to keep up with the quick switches in tone, whether it's the transition from a bit of domestic comedy to a brutal killing, but Siodmak is entirely aware of the silliness of many of the components and focuses for the most part on maximizing the atmospheric effects. The staring eyeball of the murderer, itself something of a convention, acquires a peculiar malevolence here with the image used in screen-filling closeup at times, while we're kept effectively off-balance by the constant introduction of red herring characters who might, just might, be the murderer.