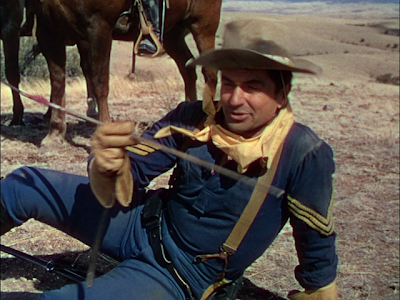 A routine 1950s Western, War Arrow is more interesting for what it reveals about the Hollywood system - and its attitudes to race - than for its thin intrinsic merits. Although the film was marketed as a Western, it could just as easily have been sold as a melodrama of frontier life, with scenes of high romantic drama, broken marriages, disloyal husbands, pretty "natives", handsome officers, and men doing what's right. As a consequence, it's never clear that director George Sherman has a solid handle on the material, and his filmmaking skills - with odd cut-off shots and clumsy edits - are roughly on a par with his narrative strengths. 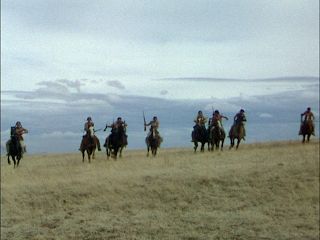 For the modern viewer, the film's casual racism, seen in the ridiculous speech patterns assigned to the Indian characters - though the script is so poor than even this is pretty inconsistent - and the "redface" acting is highly problematic. Henry Brandon and Dennis Weaver have particularly egregious roles as a chief and a young brave; the production team seems to have decided that a bit of brown paint and a bad wig is all that's needed to transform the actors. They play opposite Jeff Chandler, who played Indian - and various other "native" - characters in a number of films, but who's the great white hope here. Early on, Chandler's character seems as though he might actually be capable of seeing the Indians as peers, presenting a pretty accurate account of the historical treatment of the Seminole tribe, and enlisting the Seminoles as allies, but as the film advances it reveals its hand, and there's not much pretty about it. 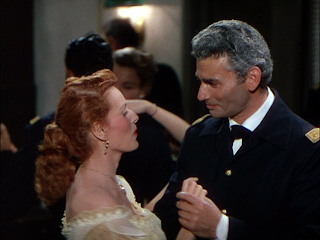 Note: This film is part of the Watching Movies in Africa project. War Arrow played at the Corona, Royal and Regal theatres in Lagos in September 1956 (Lagos had roughly a dozen theatres at the time). I haven't been able to trace whether War Arrow was released in East or Southern Africa, but numerous films featuring similar themes - white/"native" warfare, "native" insubordination, guerrilla-style attacks, scenes placing white characters in peril - were banned in settler colonies such as Kenya, particularly at the height of the Mau Mau insurgency in the mid-1950s. Among the many titles banned in Kenya around that time was Budd Boetticher's Seminole, which would have recounted some of the same historical issues. Such films were generally passed without incident in West African countries, which had much smaller colonial populations: in the same month that War Arrow played in Lagos, four movies that had been banned in Kenya appeared on the Nigerian city's screens.

There's an excellent account of the film, with much of the Hollywood context, on the French website Dvdclassik.com.