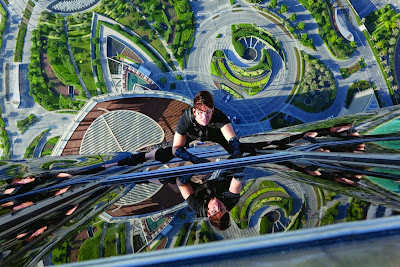 Exhibit A, I'd have thought, in any effort to show that a major summer blockbuster can still be made with a dash of intelligence and more than a little humour while still delivering the thrills expected of the genre. Though Brad Bird seems entirely at his ease in the live action format, he imports several of the tricks of his animated background, not least the focus on tiny details scattered throughout the frame that make watching a picture like Ratatouille such a continually rewarding experience, while also finding an easy mix between light-hearted dialogue and action that eludes many other pictures, not least Tom Cruise's prior effort.