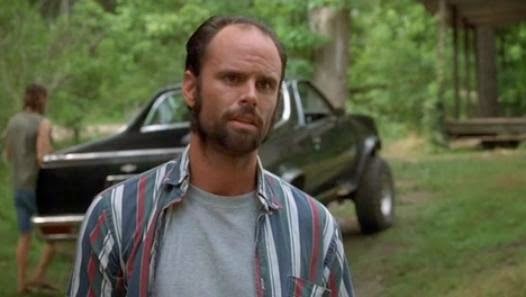 A very affecting slice of Southern Gothic that manages to invoke many common images of the American south without ever belittling the setting; indeed, as much as several of the characters are spectacularly unpleasant there's a frankly celebratory aspect to the film, too, particularly with regard to landscape and some of the region's small pleasures (music on a porch, a catfish fry). There's a little too much going on at times -- one subsidiary plotline seems awkwardly shoehorned in and adds little to the main narrative, as though it was pared back late in the day -- but for the most part, Chrystal works as a fine and sometimes blackly funny bit of authentically regional cinema, the kind of thing that is inevitably produced outside the Hollywood circuit these days.