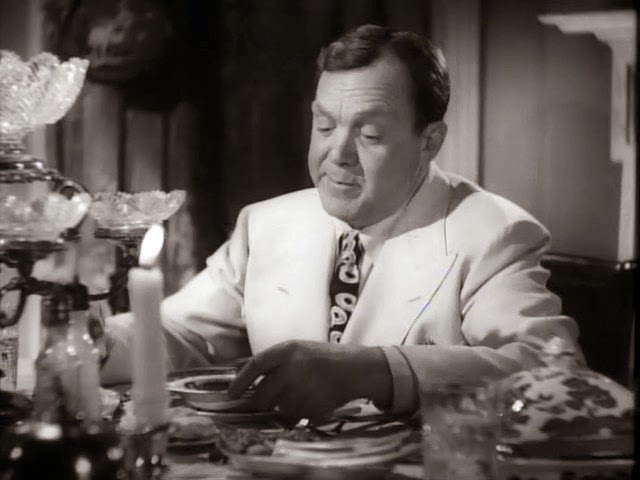 A Southern Gothic that's a good deal stronger on atmosphere than it is on plotting, with a Gaslight-esque storyline that is abandoned for a climax that is both compelling and somehow more conventional than the psychological confusion that has preceded it. de Toth extracts considerable spooky value from the shadows and heat of the bayou, as did Robert Siodmak the previous year in Son of Dracula, but Merle Oberon is a touch too helpless for my taste, while Franchot Tone's role is too blandly one-sided; much better is Thomas Mitchell, cast somewhat against type in a role that Sydney Greenstreet might also have enjoyed, while Elisha Cook Jr provides reliable nastiness entirely in keeping with his standard onscreen persona.

I'm including this in my Watching Movies in Africa project but it's yet another cheat -- like both And Then There Were None and Son of Dracula, the film was banned by the Gold Coast Board of Control in 1946 during a period when the censor was especially strict. It was condemned on the grounds that it was a horror film, though despite some superficial similarities of setting with Son of Dracula the description is inaccurate. The censor also took exception to "a series of close-ups showing the agonies of persons trapped in quicksands" (sic); accurate enough, though also a series of shots that could quite easily have been excised without the need to condemn the film as a whole.