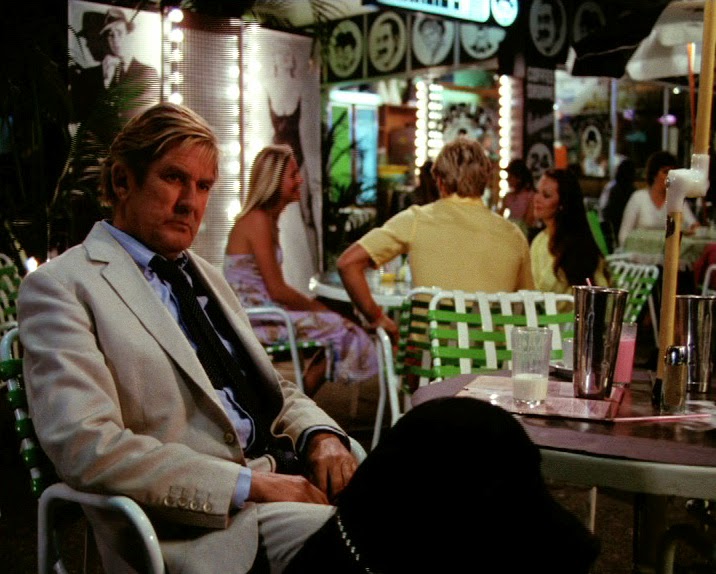 A terrific showcase for the wonderful Ray Barrett in a relatively rare lead role, Goodbye Paradise is also engaging as a tweaking of noir tropes. The film opens with Barrett in voiceover, sounding suitably world-weary as he casts his eye over Surfer's Paradise, on Australia'a Gold Coast. The genre elements are front and center in the early going: Barrett plays an alcoholic former cop trying to complete a book while fending off his landlady's financial demands, and spending his evenings in some of the town's more down at heel haunts (apart from its other virtues, the film must surely have some considerable value as a snapshot of its particular time and place). The almost genial initial tone gradually shifts as Barrett begins to sense something increasingly sinister at work behind the political scenes, with the film suggesting that the Gold Coast's seediness is grounded in something more profoundly rotten (rather characteristically for this period of Australian-New Zealand film, the nefarious threat emanates at least partly from the US).