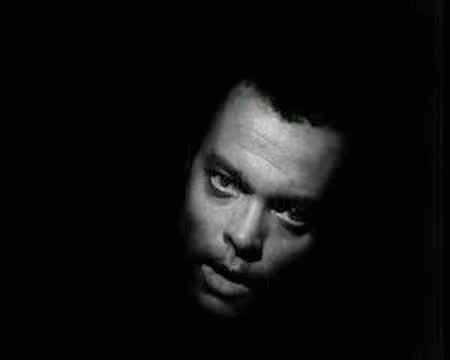 Othello is a tough play to love, even by the standards of Shakespeare's tragedies: there's a fascination in seeing unsympathetic characters collide, but it's hard to become entirely caught up in their self-absorption since it is, self-evidently, their own. That, for me, makes Othello himself a particular challenge: he sets himself apart from other men, and when things begin to go wrong for him, even through betrayal by an intimate, it's difficult to make the emotional journey toward sympathy. In some ways, Iago is easier to identify with since his feet are so manifestly of clay. Micheal MacLiammoir does wonders with what is a very difficult part, where he must convince the other characters that he possesses virtues that the audience knows quite well to be entirely lacking in his makeup. Even more dazzling is Welles's ability to maintain a unity of tone across the film's multi-year, peripatetic shoot: while the actors' appearances vary through weight loss/gain or changes in makeup, they appear able to seamlessly draw on the same performances, and Welles makes remarkable use of the various locations in support of his actors. One extended conversation between Othello and Iago gains immeasurably, for instance, for being shot in a single take as the two men walk slowly down an apparently endless set of battlements, while elsewhere the castle interiors taking on the brooding tone of a noir city, where one senses that loyalties can swiftly be exchanged for personal gain.