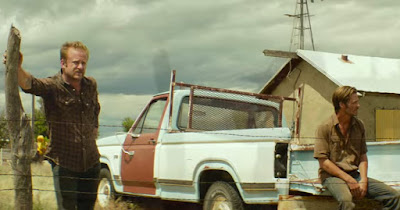 2016, US, directed by David Mackenzie

Paired as a double-bill with Charley Varrick, this doesn't have quite the same grasp on character as the earlier film, but it's still a fine picture, with a grizzled Jeff Bridges performance that's a pretty clear re-working of Rooster Cogburn, terrific management of pace, a distinctive and well-used West Texas setting (the film was made in roughly the right geographical area), and some very fine camerawork by Giles Nuttgens.