Son of Fury: The Story of Benjamin Blake 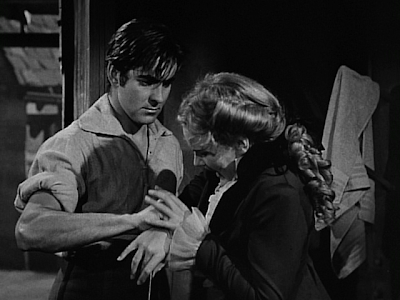 
A very brisk adventure in the ripping yarns mode, Son of Fury packs an extraordinary amount into its 98 minutes, during which the eponymous Benjamin Blake (Tyrone Power) becomes a bonded servant, deals with tangled parenthood and inheritance issues, goes into exile, frolics on a tropical island, and goes on trial to clear his name. There's plenty of vigorous action, too, with several exciting fist-fights marred only by the very obvious use of stunt doubles in ill-fitting wigs. 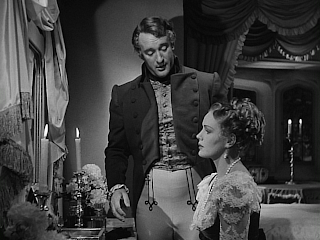 The film has a sterling cast to spin the tale: Power is more than capable of holding the attention whilst he's on screen, and gets formidable support from George Sanders (the consummate villain, who utters every line with wonderfully ripe disdain), Gene Tierney as an island beauty, and Frances Farmer - and on to the likes of John Carradine, Elsa Lanchester, Dudley Digges, and Halliwell Hobbes in supporting roles. Lanchester's brief scenes, as a Bristol prostitute, are especially memorable. 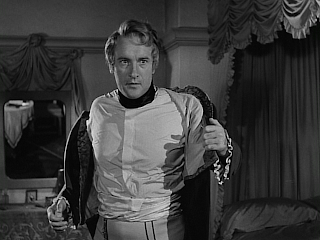 While the sequences in England that bookend the film are generally very successful, with the aristocracy coming in for their usual pasting, the island segment is less memorable in large measure because it's so rushed: no sooner has Blake arrived on the island than the needs of the plot have him looking to leave again, even though the film does attempt to account for the passage of several seasons. Director John Cromwell also seems more at home in the atmospherically-shot nooks and crannies of (studio) Bristol streets and country houses than in the sunny climes of the South Pacific. 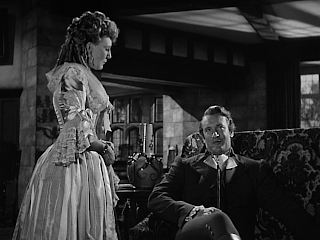 Note: This film is part of the Watching Movies in Africa project. Son of Fury was exhibited in Kisumu, a city in western Kenya, in 1944.

The film attracted the particular ire of the District Commissioner (DC), the local British colonial representative. In a letter to the Chairman of the Board of Censors, who was gathering opinions regarding the possible liberalization of Kenya Colony's film censorship regime, the DC wrote: 'I am personally of the opinion that the vast majority of films have nothing but a harmful effect and I addressed the Municipal Board on the subject of scenes depicting depravity, brutality and violence in "Son of Fury"' (November 8, 1945). This appears to be a reference in particular to a sequence of whipping. The Chairman of the Board of Censors responded rather tartly, noting was the film was passed and exhibited widely throughout the United States and United Kingdom.

At the time, censorship in Kenya included a racial element: films could be placed off-limits to black African audiences, although in practice this appears to have been a rare occurrence. However, as soldiers returned from wartime postings where they could watch whatever films they liked, the administration was concerned that racially-based censorship could be inflammatory, and sought opinions, mostly from white Kenyans, before proceeding to a revision of the rules. By 1947, race-based censorship had been abandoned, but the censor more frequently banned films outright, for audiences of all races -- particularly after the beginning of the Mau Mau insurgency in 1952.