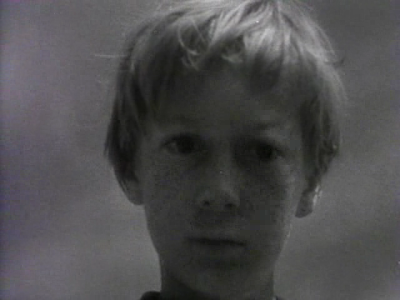 It's not hard to imagine that life for many children in the early 1930s was a less than pleasant experience, with terrible poverty taking its toll, as documented in films like La Maternelle (or Wild Boys of the Road, which I haven't yet seen). There's something more going on here, however, with Duvivier exploring a profound disconnect between adults and children, and the terrible suffering that children endure as a consequence. The director previously filmed the same story in 1925, but clearly felt that the material had more to offer. 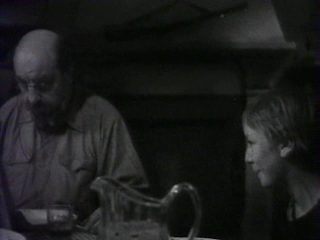 While the eponymous Poil de Carotte (Robert Lynen) initially embraces his return to the country after the school year, and runs free through the fields, there's a terrible hole in his life the moment he returns home: his siblings are actively conspiring against him, and his parents, whose marriage is a sham, alternatively abuse and utterly ignore him, with the latter fate especially bitter. Duvivier illustrates the physical distance between Poil de Carotte and those whose acknowledgment he craves, but focuses to an even greater degree on his protagonist's psychology. He dramatizes his inner life through clever use of double and triple exposure, showing conversations between Poil de Carotte's "good" and "bad" sides as the boy lies asleep, and conveying his growing sense of helplessness. 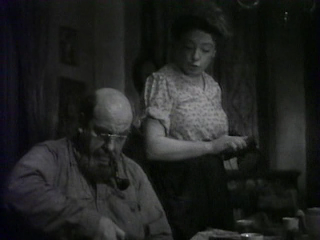 Although some adults sense the boy's troubles, and even endeavour to convey this to the parents - breaking class taboos in the process - they're apparently helpless to effect much change, and there's a distressing sense of inevitability, together with an almost brutal honesty about what a desperate child might consider (an echo again of La Maternelle). Those climatic scenes are almost unbearably tense, and Duvivier also introduces dramatic close-ups to underline the enormity of what may occur. As nuanced as the psychological portrait is, however, the scenes of family life seem less subtle: while Harry Baur is simply a gruff, uncommunicative father, Poil de Carotte's mother (Catherine Fonteney) is a harridan, taking out the failures of her own life on her youngest child, and lacking any sympathy even though her own story has many elements of tragedy. That said, there's something bracing in Duvivier's refusal to contemplate even mild sentimentality in the domestic portrait, with the household dissected without pity.

This is one hell of a terrific film and it should should be made available on DVD to a wider audience with English subtitles. Director Julien Duvivier could easily be thought of as the Carol Reed of French cinema and there are some real standout scenes in this example of his work. One is where Francoise (Robert Lynen) is out playing in a stream when the family's maid, Annette, comes after him in a horse and trap. His mother wants him to go home and do the chores. As they drive back to his unhappy home, Francoise driving, he sees children being loved by their parents and other adults in the fields they pass. Enraged that they can be happy when he can't, Francoise stands up in the cart and whips the horse into a furious gallop again and again as Annette tries to wrestle the reins from him. "NO ONE WILL EVER LOVE ME LIKE THAT!", he shouts, as he whips the horse to go faster and faster, almost running people down walking along the road. "NO ONE WILL EVER LOVE ME! NO ONE WILL EVER LOVE ME!", he yells, as Annette begs him to stop and tries to grab the reins from his hand. This is a stunning sequence, a superb blend of editing and scoring and acting from an eleven year old the likes of which I'd never seen before. Towards the end of the film, where his father enters the barn just in time to prevent his son from hanging himself, we see the most powerful scene in this remarkable film. "TAKE OFF THE ROPE!", the father orders as he wrestles with his son, trying to prevent him jumping off the crate. "NO! NO! NO!", cries Francoise. "TAKE IT OFF!" shouts his father. "I WANT TO DIE! I WANT TO DIE!", cries the boy.

I had never heard the name Robert Lynen until I came across a Picturegoer magazine from October, 1948, containing a review of Carol Reed’s then new film release “The Fallen Idol”, where the reviewer said that child actor Bobby Henrey was comparable to another child actor, Robert Lynen, who caused a sensation in the French film “Poil de Carotte” and that Robert was killed during the war. I immediately investigated this and found that not only was there a similarity in the boy’s looks and manners, but that during the war, Robert joined the French resistance (a very brave thing to do); that he was caught by the Gestapo and tortured before being executed along with fourteen of his colleagues and thrown into a mass grave. A terrible and totally unjustified end for this very talented French former child actor who had appeared in many films and was well loved. Yes, he was a real hero and I would have been proud to know him.

His remains were later removed and reburied in a proper grave and a colour photo of it can be found on the Find a Grave website. I soon bought the DVD of his 1932 film “Poil de Carotte” from amazon France and was enthralled by it. Although it had no English subtitles, a friend of mine sent me an AVI DVD-R of the film with English subtitles, which made viewing the film an even better experience. Oddly, his full name was Robert Henri Lynen, so he could also have been called Bobby Henri as a child.