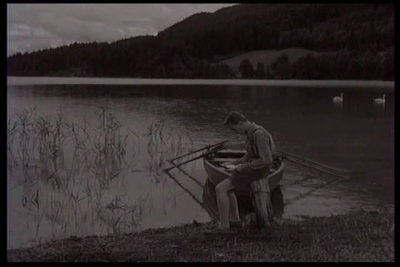 A wonderfully strange film that evokes Cocteau's La Belle et la bête at times, particularly in the sequences in a reputedly haunted house, with mirrors and walls not what they seem, and frames within frames to trick the eye. The whole film indeed, feels like a series of frames within frames, all of them centering on memory and its tricks -- Vincent (Pierre Vaneck), the character with the lion's share of screen time experiences that in a literal sense, but the narrator, Manfred (Gil Vidal), constructs his own version of the story in nostalgic flashback that can't be dissociated from his admiration for his friend. 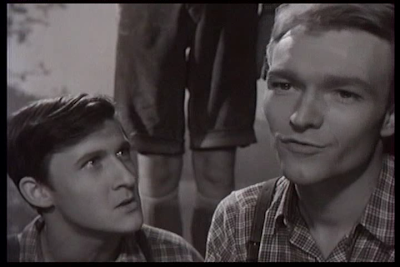 Indeed, when the film opens I assumed that it was going to take a different tack, more focused on that Manfred's hero worship/love for Vincent; there's an intense and immediate bond between the pair but the film is rarely interested in exploring that, except, perhaps, through Manfred's elegiac and admiring commentary. The instant attachments and passions of youth underpin everything in the film -- Vincent's exotic background immediately makes him the star of the oddball boarding school where he has been sent, while he's quick to become both the object and subject of romantic fixations. 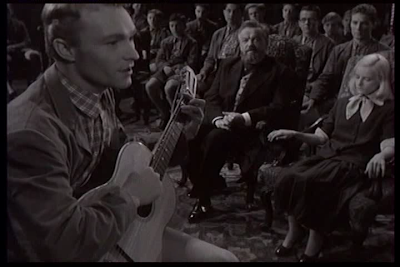 As captivating as Duvivier's atmospherics can be -- he's blessed, of course, with some magnificent set design for his exteriors -- there are a few weak points: his two central male actors are clearly far older than the characters are intended to be, which undermines the credibility of their youthful obsessions, while there's an awkward blending of studio "exteriors" with actual location work, a mishmash that's particularly odd since the location shooting is excellent, with Duvivier's camera alive to the energy of the story as it tracks characters racing through the forest or reveals the approaching dawn through an eerie mist. I'm curious to see the German version, shot simultaneously with different actors in several of the major roles.