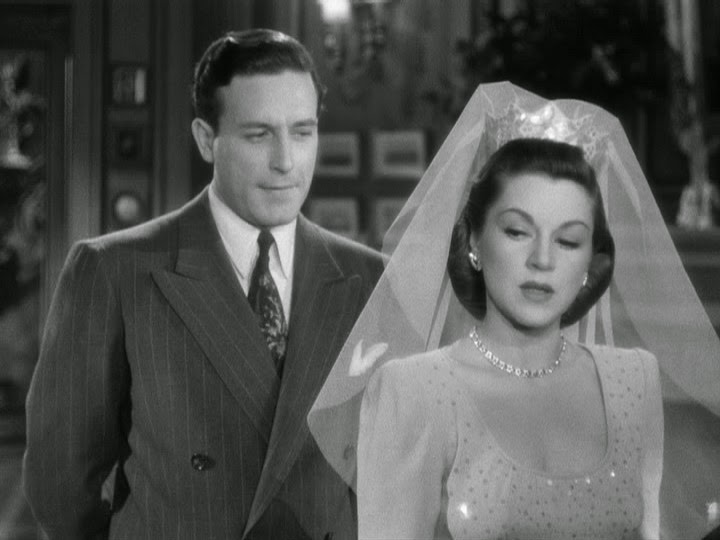 As brisk and brutal as The Sound of Music is lengthy and overblown (which is not to say I don't like the latter film). Lawrence Tierney gets more screen time than usual even if his role is very similar to his standard tough guy fare and he's given a run for his cold-hearted money by Claire Trevor. They both watch Walter Slezak walk away with the film, though: he's quite brilliant as the self-interested detective quick to sense the chance to maximize his own opportunities. By contrast, as much as I enjoy his weaselly presence in other films, I couldn't quite figure out Elisha Cook, Jr's purpose here: his character seemed more narrative device than actual person and at times he comes across rather awkwardly as one of Tierney's inner voices, surely not the intended effect.