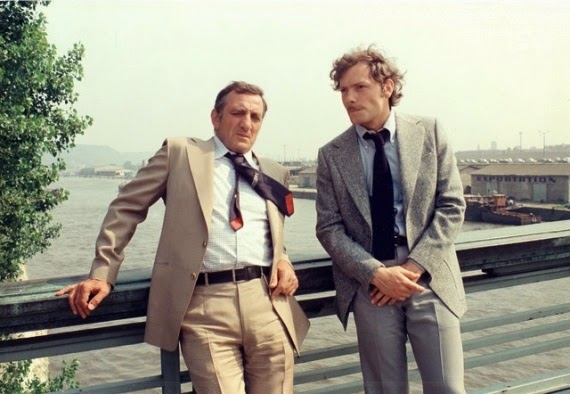 Pretty formulaic stuff that's beset by mismatches: Francis Veber is hardly the best candidate to script a gritty, ripped-from-the-headlines politico-police story, though why director Granier-Deferre didn't simply abandon some of the more slapstick elements is beyond me. Ventura is solid in a role that demands nothing of him -- he's far more interesting in L'Emmerdeur or Garde à vue, from roughly the same period -- but to my mind Dewaere, an actor I generally worship, is miscast. His energy works wonderfully well in other films but on this occasion it makes him seem as though he has breezed in from another picture entirely, one that's more satire and less exposé. The film's most enjoyable quality is the portrait of Rouen as political quagmire: there aren't many films set in the Normandy city, and for all of his conventional qualities Granier-Deferre is almost always strong on atmosphere and location.