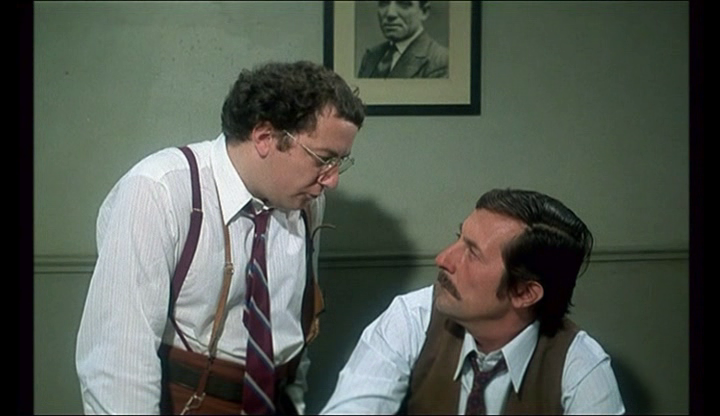 A fine example of a bad film that remains interesting for all kinds of extra-textual reasons, not least the list of collaborators (on both sides of the camera). For the most part, I'm a Patrice Leconte afficionado so there's some automatic interest in seeing where the director got his (feature-length) start, however inauspicious, though it took his career some time to recover after this débâcle. His next film, Les Bronzés, is no masterpiece but it is a good deal more coherent than Les Vécés, and is certainly a better reflection of the comic spirit of the times.

In theory, the earlier film had many of the right ingredients -- co-written by a writer (Gotlib) from the comic book tradition, a key source for 1970s comic cinema, and very much anti-establishment in spirit; starring a new entrant on the acting front (Coluche), with his own anti-establishment credentials; and backed up by an experienced actor (Jean Rochefort) who was nonetheless very sympathetic to many of the emerging trends, but who ended up absolutely detesting the film (thankfully he forgave Leconte a decade later for Tandem and several further pictures).

Between them, though, they managed to deliver an extraordinarily flat, old-fashioned picture, with the blame very much on the writers/director. The jokes are often thuddingly obvious, and visually the film has very little to offer. Very, very occasionally, there's a brief snippet of some interest -- two or three shots in the early going that might well have been snipped from a Wes Anderson film, but that's about it. 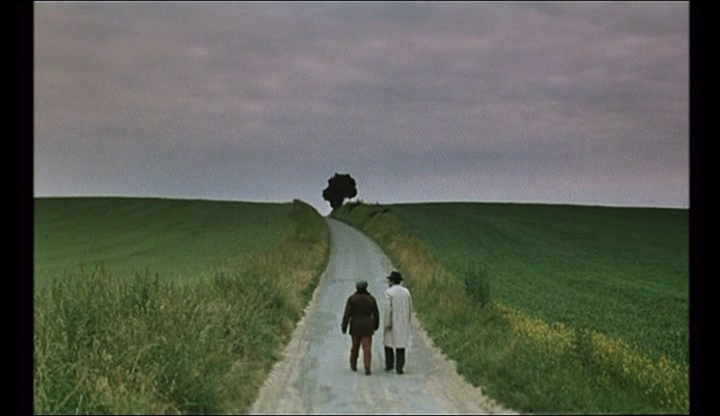 The other big problem is Coluche, though I'm not sure if he himself is the problem or whether Leconte needs to take the blame here, too. Very, very few directors made good use of the actor in his relatively brief cinematic career, and almost no-one managed to make good comic use of him. My sense is that his persona was fundamentally much better-suited to sketch comedy rather than film comedy, where it frequently comes across as rather wearing.

I'm indebted to a fascinating French-language blog post at Le Broccoli qui Tousse for some of the biographical details.