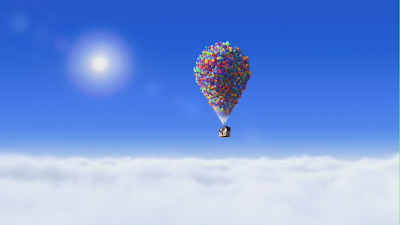 Like the previous Pixar film, WALL•E, the opening fifteen minutes or so of Up are so strong that the rest of the film almost seems like a letdown; the filmmakers set the bar so high that you forget the standard for other movies is much lower. The first segment is also the most "adult" portion of the film, a clever and poignant account of a life, and a marriage, that then segues in a late-in-life adventure. 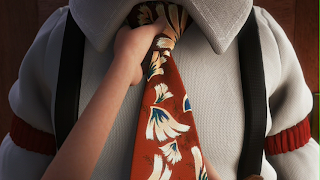 Those opening minutes spring from a lovely homage to the newsreels of old, before the talking stops and the images take over, with wonderfully clever moments like the succession of ties that signifies the passage of time through a working life, or the repeated breaking of a rainy-day jar as dreams cede to domestic obligations. It's extraordinary just how much the filmmakers manage to squeeze into that sequence without distracting us from the emotion of their story. 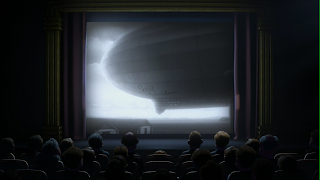 As with all of Pixar's movies, there's exceptional attention to detail, with the richly textured backgrounds popping with objects that tie in to the story - a pair of tickets to a far-flung destination, for example - but there's also plenty of room for the animators to indulge in flights of fancy, whether it's the steering mechanism for the floating house that's at the center of the film, or the wildlife encountered as the story evolves. Those details, though, are always in the service of a broader story, anchored by two wonderfully engaging characters (voiced by Ed Asner and Jordan Nagai) whose relationship, begun under duress, gradually evolves into a winning partnership. 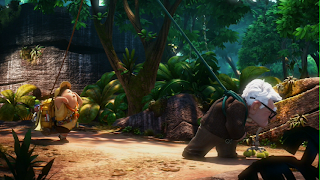 I can't tell you how many guys (you know them all) have recently talked about sobbing at the beginning of this movie...didn't notice you mentioning if you needed any tissues...

I found it very moving but I wasn't in tears; I've certainly been more affected by some other movies. I was mostly impressed by how clever I thought the opening sequence was.