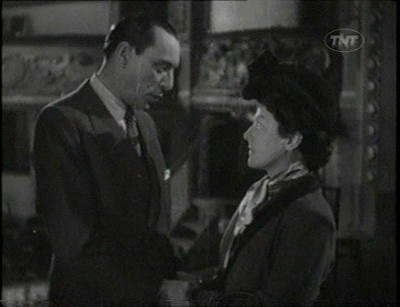 It's unfortunate that the New Wave critic-directors' dismissal of some of their predecessors - the cinéma de papa directors - has been so influential, for its surely one of the reasons that filmmakers like Christian-Jaque, who might well have been celebrated in the Hollywood system, remain under-appreciated today. There is certainly an unevenness to the director's career - as was also true of a director like Julien Duvivier - but there's great skill and assurance to his best works. 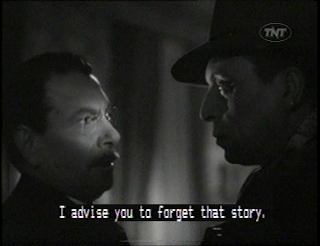 The film opens with a back and forth dialogue between brothers-in-law which is constructed like a tennis match, and to which the observers in the room react like spectators in the stands at Roland Garros, revealing from the beginning both the artifice and subtle humour that will underpin much of the film. There's similar, if slightly showy, skill in shots that illustrate the objects in a young man's bedroom, each held to embody one of his qualities or defects, or the sequence, late in the film, where a character takes her leave of Lyon with the camera moving from one bourgeois face to the next while she delivers imaginary farewells. 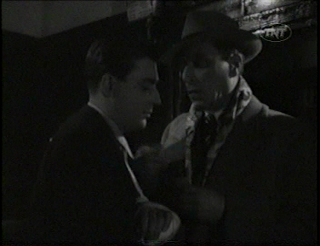 Of course, the film isn't all, or even principally, about visual style: the dialogue by Henri Jeanson, who worked with Carné and Duvivier among others, bursts at the seams, and Louis Jouvet and his co-stars clearly relish many of the lines with which they're provided. There's a neat counterpoint between two of Jouvet's scenes, with an early sequence where he barely allows a young woman to answer a series of strange questions complemented by a scene late on when Jouvet meets with Marguerite Moreno, in one of her final film roles, who refuses to allow him to intervene for even a syllable.

As with much French cinema of the wartime era, it's tempting to read Un Revenant in terms of its real-world resonances. The film was Louis Jouvet's return to French cinema after an extended absence - he spent most of the war touring South America, having objected to German efforts to censor the works his theatre group wished to present - but the plotline, in which Jouvet, a successful theatre director, returns to Lyon, location of his youthful dreams but also of a profound betrayal, might also be read in terms of the journey from occupied Paris to Vichy France, a revisiting of France's now-sullied past. Certainly, it's hard not to imagine that contemporary audiences did not experience the film that way, and the brief background glimpses of Lyon are a fascinating, unspoken window into the city as it was then.

--
Thanks to David Cairns for providing a copy of Un Revenant; I think the film could benefit from one of his patented blogosphere revivals!