Not quite a femme fatale 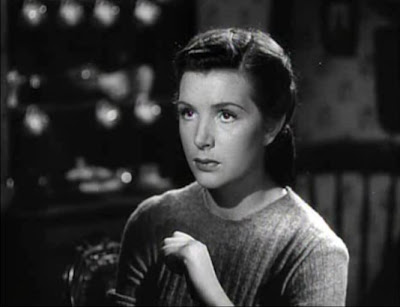 This is my contribution to the For the Love of Film (Noir) blogathon, hosted by the Self-Styled Siren (Farran Smith Nehme) and Ferdy on Films (Marilyn Ferdinand), to benefit the Film Noir Foundation. Please check out the various contributions - and most importantly, please donate! 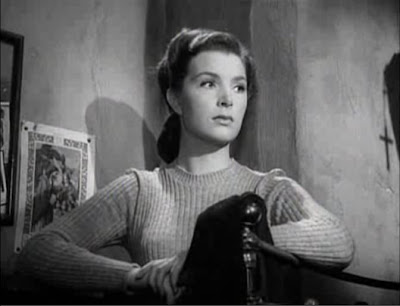 Before a film unspools, you never quite know what's going to pique your interest. Just after the credits of Cy Endfield's Try and Get Me (also known, aptly, as The Sound of Fury), Howard Tyler (Frank Lovejoy) arrives home after an all-night drive which establishes his precarious circumstances, out of work in California after a long trek west from Boston. In a brief sequence that recalls Ozu's I Was Born, But... Howard walks through his neighborhood, surrounded by children, before striding up to the path to his own house. Inside, his wife Judy (Kathleen Ryan) and son Tommy await, and when the woman opens her mouth she has an unmistakable Irish accent - no stage brogue here but the actress's natural voice. I'm Irish myself, and my curiosity was immediately roused: I'd been searching for an interesting Irish noir connection, and it was only after I'd given up in frustration and set out in a new direction that I happened across what I'd been looking for all along. 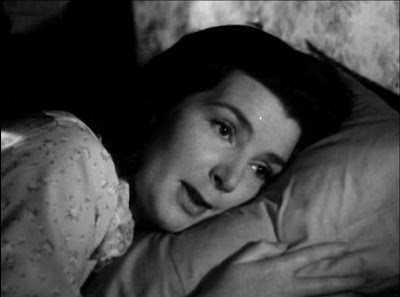 Kathleen Ryan in Try and Get Me (1950, US, directed by Cyril Endfield)

I confess that before that scene, I had no idea who Kathleen Ryan was: her relatively brief career in the 1940s and 1950s was overshadowed in the Irish star stakes by Maureen O'Hara, and Ryan essentially disappeared from the screen after 1957, with few of her films enjoying a long afterlife. She should have been familiar to me from her best-known role, in Carol Reed's 1947 Odd Man Out, except that I hadn't seen the film, an omission I rectified immediately afterwards: Ryan's two performances form a rare bridge between American noir and its more fitful British incarnation. 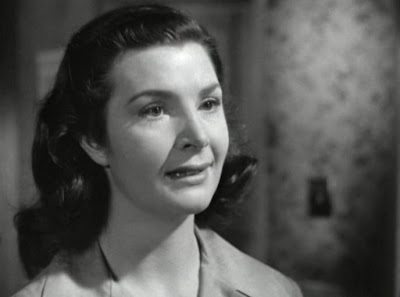 Although the subject matter is crime and - mob - punishment, Try and Get Me is a film filled with consciences: Howard's own conscience, constantly gnawing at him, the Italian professor who tries to oppose reason to emotion, the sheriff who seeks to preserve the integrity of the law (it says much about Endfield's view of American society that he sees more honour among the officers of the law than among the gentlemen of the press), or the wife who tries to give a sense of the pitiful reality that led to her husband's terrible choices. 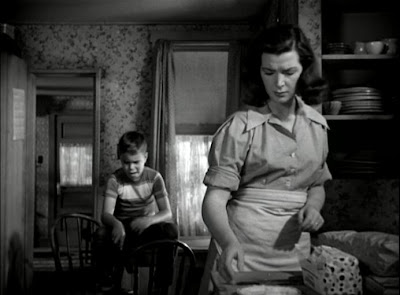 Judy Tyler is a woman beaten down by the worry of making ends meet, by the dashed hopes that lie behind her. The Tylers' journey from Boston has revealed that there's no California dream, and their new life gives the lie to the idea that the 1950s were a time of untroubled prosperity for the war's returning soldiers. Inadvertently or not, that Irish accent also suggests a longer journey, one made in response to an American ideal sold - in films as much as anywhere else - to the hopeful and the desperate across the globe. That's one of the most subversive aspects of Endfield's film: he's using one of the most powerful of American publicity tools to undermine the images of American prosperity and success so often seen onscreen (the previous year, Endfield's fellow blacklistee, and beloved noir director, Edward Dmytryk, cast Kathleen Ryan in Christ in Concrete, another examination of the harsh realities of the American dream). 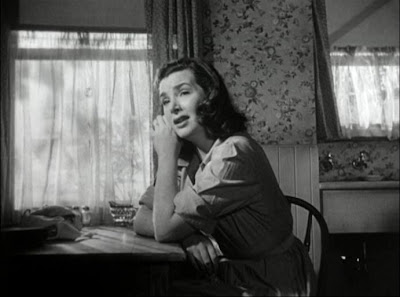 Ryan's character is, for most of Try and Get Me, a background presence, remaining at home while her husband goes in search of work. Still, there's a lovely scene where Howard massages his wife's aching back: pregnant again and desperate to avoid the expense of a doctor, she turns to her husband for some relief from the pain, and the sequence gives a vivid sense of their life together. Judy leaves her home behind late in the film, determined to provide an alternative take on the tabloid headlines spun by the local newspaper. It's Ryan's strongest scene in the film: she reads haltingly from a letter written by her husband, a handkerchief balled in one hand, before finding herself overcome with emotion. 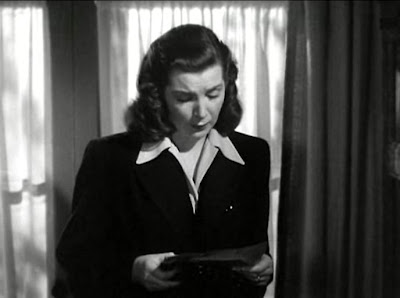 Three years earlier, Kathleen Ryan's role in Odd Man Out, her first film appearance, was another portrait of a woman living in the same house as a troubled man - the leader of "the Organisation," a stand-in for the IRA. Again, Ryan's character, Kathleen Sullivan, is a background presence for most of the film, stuck at home - despite her best efforts - while the men enmesh themselves ever deeper in illicit activity. Both films invite us to sympathize with morally compromised men - doing the wrong thing for perhaps the right reasons - while trying to give us a sense of the consequences on the home front. 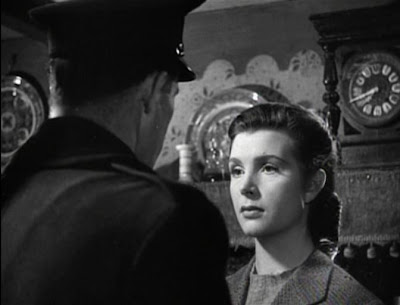 It's presumably at director Carol Reed's request, but Ryan's expression in Odd Man Out is almost always downcast: she's often literally looking downward, or else remains below the eyeline of the other actors, as though she's subdued by the tensions around her. It's unfortunate, though, for her fixed expression makes it rather more difficult to believe that Kathleen hides deep passions, or that she's capable of inspiring similar passions, since her emotions seem entirely sublimated into a dutiful mask. Even later in the film, when she refuses to be bound by the injunction to stay behind closed doors, there's a dourness to her character that's at odds with the world-weary wisdom of the film's older female characters, though her mask serves her well in the film's shocking, self-immolating climax. 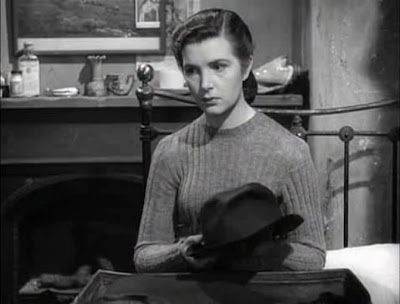 Ryan's own life was a world away from these intense working-class women, though she may have learned a thing or two about inner strength from her mother, Agnes Harding. Kathleen was one of eight children, and her father died when she was just ten, leaving behind a thriving chain of shops, the Monument Creameries, which Agnes further expanded - suggesting, perhaps, that the business skills belonged as much to wife as to the more celebrated husband, Seamus Ryan, who served briefly in the Irish senate. (The first of the Monument Creamery stores was on Dublin's Parnell St, and Kathleen's second film, Captain Boycott, features a brief appearance by Robert Donat as Parnell). 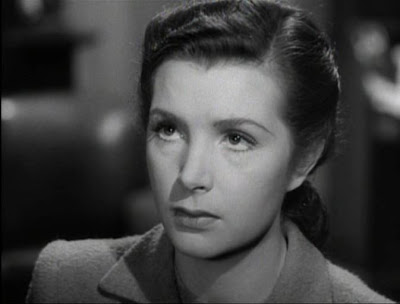 That business empire seems to have provided Kathleen and her siblings with a very comfortable upbringing: though her parents were self-made people from Tipperary villages, Kathleen grew up in the patrician surrounds of Burton Hall (the extensive grounds are today part of a mental health rehabilitation institute), and her 1944 wedding, to Limerick doctor Dermod Devane, garnered extensive coverage in Dublin's social columns. The family seems to have been well-connected in Irish artistic circles - Kathleen's younger brother John was a well-known artist and patron of the arts, while Kathleen served as the model for Louis Le Brocquy's Girl in White, from the very beginning of the artist's career (as of this writing, Le Brocquy is still alive, closing in on a century of life).


After Ryan's early success, she attracted the attention of Hollywood, with The Irish Times blaring about a seven-year contract on its front page in 1950; Ryan regularly appeared in the newspapers about to jet off to a shoot on the next plane from Shannon, though she always returned home to husband and children in between (with the exception of one 1969 appearance, her entire screen career took place during her marriage, which was annulled in 1958 for reasons I've been unable to determine). Newspaper pictorials from the period depict her buying presents for her children and trying on haute couture; a memorable photo from 1950 shows her smiling with a spoon in hand and a "genuine giant-sized banana split" in front of her, with the newspaper helpfully adding that "According to American films these concoctions are the staple diet of American adolescents". 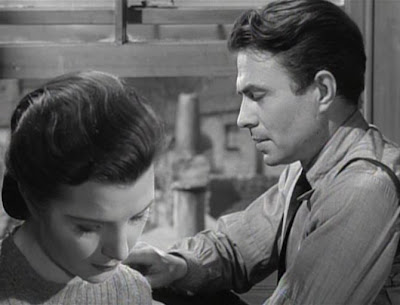 Still, it wasn't all roses: Ryan found herself in serious legal hot water in 1954 when she had a car accident, injuring a travelling salesman so severely that he lost a leg, and compounding her problems by leaving the scene. While she managed to avoid criminal penalties, the civil courts weren't as kind: she had to pay the unfortunate man £7,000 (well into six figures in today's money). Despite the initial promise of a seven-year Hollywood contract, Ryan's screen career was entering its final phase by then, as she only made a couple more films after the civil trial (she managed to have the initial case postponed for three months to accommodate her work on Douglas Sirk's Captain Lightfoot, although that film was shot in Ireland). Whatever the reality of her circumstances, it's hard not to imagine that by the late 1950s Ryan, her marriage and career now over, may have understood better than ever before something of the terrible pressures in the lives of the two women to whom she gave life a decade earlier, her own life taking on echoes of the kind of plotline - financial ruin, marital strife, cars careening out of control - that set many a noir in motion. 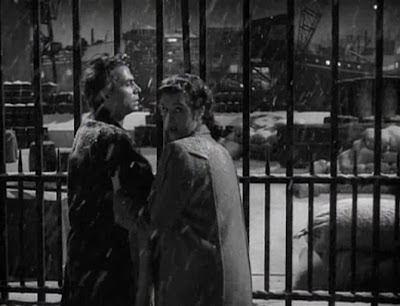 **
Thanks to our son Shay, born two-and-a-half weeks ago, who cooperated enough to allow us to watch several films since his birth, and to my wife, who allowed me to make the viewing selections at a time when she really deserved full control of the remote.

Update April 2011: A reader alerted me to the fact that Kathleen Ryan's final screen credit on the IMDB is incorrect. The Kathleen Ryan who appears in the 1969 film The Tree is a different actress (indeed, the New York Times review of that film calls the actress Kathy Ryan, and indicates that she is much younger than Kathleen Ryan would have been).

Labels: For the Love of Film, UK, US

I've seen both films, but I did not know of Kathleen Ryan's life. I like how you interwove all three for the blogathon.

Thanks for your comment. As I said, she was completely unknown to me before I wrote the blogathon entry, and it was difficult to find much in the way of reliable information about her; I did manage to find a few useful newspaper articles but that was about it.

I thought her understated performance in "Odd Man Out" was brilliant. She kept drawing me in to discover what she was feeling. The chemistry between her and the inspector Denis O'Dea in their brief scene together was moving. I would loved to have scene a film where the two of them were lovers. After viewing this film tonight, I just had to look her up. A shame she didn't make more films.

Great piece Gareth! I'm very interested in Kathleen, as I'm from Limerick myself. I must try and find out a few word-of-mouth stories about her before the memories fade. Keep up the good work!

Wonderful review of the life of Kathleen Ryan and an excellent selection of pictures. Thanks Gareth.

I'd love to know why her marriage was annulled.... After 3 children

So would I Dr. Ged, it's intriguing, as the grounds for annulment are few and strictly applied. Their marriage had received a Papal blessing.