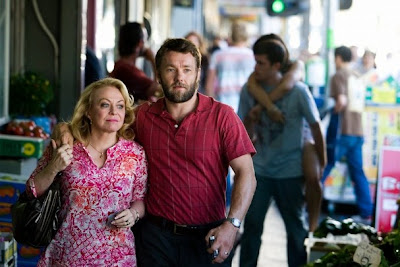 A crime thriller that barely shows any crime - although what does occur is leached of any criminal romance - Animal Kingdom is a portrait of a family slowly disintegrating from within, collapsing under the weight of internecine mistrust and betrayal. As such it's a complete contrast to the Australian TV shows that have dramatized some of the same criminal activity - from Blue Murder in 1995 to the more recent Underbelly series - with considerably more focus on the tabloid aspects of Australian gangland violence.

Although the film isn't without its moments of humour, particularly in one early sequence where one crim tries to convince another of sound stock market investments, it's also refreshing to find a crime film that avoids the psychopathic-but-quotable characters so prevalent in Scorsese's movies. Indeed, Scorsese, Tarantino, and the Coen brothers seem almost entirely absent here, at least in dialogue terms, unlike in another recent Aussie noir, The Square, though that film shares a terrific sense of place with Animal Kingdom.

Jacki Weaver stole most of the acting plaudits, primarily on the strength of one terrific scene, but Ben Mendelsohn is, to my mind, even more impressive, in a genuinely unglamorous part that's quite a contrast to his usually charismatic roles. Weaver, though, has been around since the beginning of the modern Australian film industry with appearances in ocker comedies like Stork as well as artier fare like Picnic at Hanging Rock, as well as plenty of TV work, and she certainly deserves the career recognition.