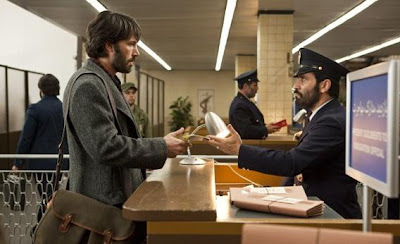 My first career was in the Irish diplomatic service, and my first overseas assignment was to Bonn, in 1999. That was the year that Bonn relinquished its title as capital of Germany, the status transferring back to Berlin. I spent my first couple of months cleaning things up in anticipation of that cross-country move, delving into the deepest recesses of the archives. In one of the dustier corners of the safe, there was an envelope containing a letter advising us of what to do in case of a true emergency -- the outbreak of war, a violent uprising, and so forth. I imagine that a similar envelope was ripped open in Berlin at some point in the 1930s, as diplomats wondered what the future might bring.

Despite Ireland's rather unthreatening reputation, and the likely lack of too many black diplomatic secrets in Bonn, the instructions went into surprising detail about things we should destroy -- break, burn, shred and so forth. As the American Embassy in Tehran was invaded in the early stages of Argo, the memory of that carefully folded letter came flooding back, only here the diplomats were acting on  their instructions. Notwithstanding the film's apparently careful prologue, providing some insight, however historically haphazard, into the background of American-Iranian relations, that moment ultimately encapsulates the central focus of the film: a group of embassy staffers focused only on their own immediate safety, with virtually no sense of the outside world.

That's exactly the criticism that some have directed at the film, that it fails to address the realities of Iran at the time, but it seems to me that this misses two key points, first that the central group of housebound Americans is by definition oblivious to much of the truth of the Iranian experience of the time, and second, that diplomats, more broadly, are probably some of the more poorly placed individuals to give you a textured sense of life in any particular location, particularly if you're looking for a picture of things across the socio-economic spectrum.

Of course, the problem with any form of filmed history, no matter how many caveats the filmmakers place at the beginning of the film, is the danger that people will make the mistake of reading the mythology as fact, but I'm not sure where the filmmakers's responsibility ultimately lies here: there's no conceivable way that they can provide the "true truth" of even the experiences of the Americans at the heart of the film, never mind the "true truth" of the Iranian revolution. Certainly many, if not most, of the Iranians encountered by the viewer are less than pleasant, though again that's hardly an unlikely reflection of the actual experiences of a group of nervous diplomats trying to effect an escape from a regime which is complicit in the hostage-taking of many of their brethren, and comes back to the fact that whatever the broader bookends of the film it is ultimately telling a very narrow story, a caper that's beautifully paced and cleverly constructed, and as fictional as it gets in Hollywood history.