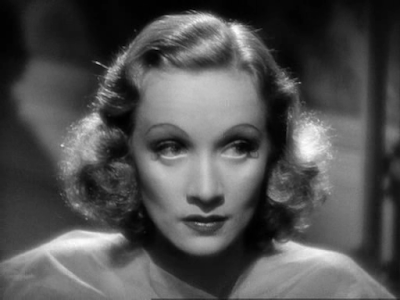 On this evidence, at least, the famed "Lubitsch touch" depended very much on the availability of comic material -- this more dramatic, even melodramatic, fare feels rather leaden at times, though it's not helped by the presence of Herbert Marshall, who seems constantly on the verge of a refreshing nap, such that it's hard to imagine he was ever catnip to a woman of Dietrich's self-possessed charms. Of course, that's part of the point in this tale of a wife tiring of the splendor in which she has been encased, but the demands of the Production Code entirely bowdlerize the central drama, and the dialogue, for the most part, lacks both the sparkle and the double meaning on offer in Lubitsch's finest films. Still, things do look up occasionally -- Dietrich's account of a dream in which her husband beats her is quite extraordinary, as is the later scene when Marshall and Melvyn Douglas reminisce about their shared wartime love (a Parisian prostitute).