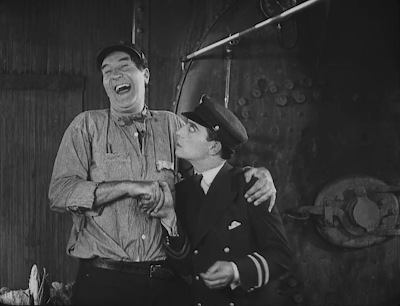 1928, US, directed by Charles Reisner


A wonderful slow burn -- in so far as film of less than 60 minutes can be such a thing -- with small-scale gags gradually building into some of the most iconic sequences of Keaton's entire career, with buildings collapsing, a jail floating into the river, and Keaton blown six ways to Sunday by the enormous wind machines stationed offscreen. Most satisfying, though, is the way in which Keaton, and director Charles Reisner, marry the comic's daredevil inventiveness with plotlines that sketch both a familial reunion and a nascent romance (which Buster, in the final shot, is determined to consolidate before anyone has a chance to change their minds). 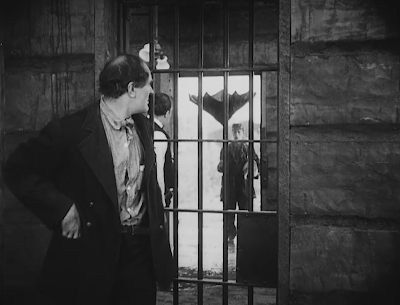 Keaton finds a remarkable pathos in many of the early gags, with his character clearly a disappointment to the father he hardly knows -- a rough and ready riverboat captain who despairs of his ability to mould any kind of man out of the college-boy raw material that he's presented with. The sequence in which the father tries out hat after hat on his son manages simultaneously to comment on Keaton's own iconic headgear, the tense father-son relationship, and class differences, but Keaton then punctuates everything with a gag that deflates everything that's come before. 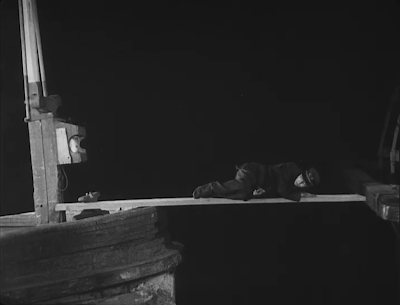 While the gags are models of careful construction, the film has an overall visual polish, too, whether in the use of smooth tracking shots or the careful construction of say, the shot where we see Buster's father look out of his jail cell past the sheriff and to Buster, with absurdly upturned umbrella, outside in the pouring rain. A few minutes earlier, there's an equally impressive sequence where Buster watches his father's imprisonment as his (Buster's) girlfriend hovers in the background, the two actors' movements perfectly coordinated in a dance of miscommunication.