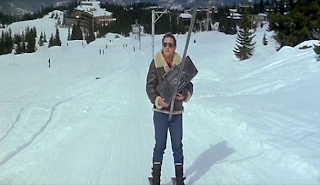 
The central problem of the film -- a woman disrupting the friendship between two men -- is such concentrated eau de Blier that it's something of a disappointment to find that the film itself feels rather flat. It's inhabited only rarely by the flashes of humanity that make his characters resonate, and lacks much of the visual and narrative surprise of his other work. It's as if Blier is so focused on getting right down to the elemental level of his obsessions that he's somehow forgotten to craft a film around it. 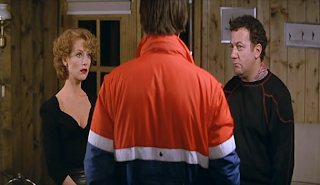 Where most of his films set out to de-stabilise the viewer, either through outrageous setup or play with the cinematic form -- direct conversation with the camera, interplay between real and unreal, bizarre juxtaposition -- La Femme de mon pote is almost conventional by his standards; the most outrageous element is Isabelle Huppert's character, though it's hardly a shock to encounter a female portrait that's less than complimentary in Blier's films. Still, even by that standard she's a piece of work: untrustworthy, careless with others' emotions, self-centered, and ultimately ridiculous. Huppert gives the role her all, but the character is denied virtually everything in the way of actual human emotion. By contrast, Coluche, in a rare fairly serious role that nonetheless makes use of his standard comic persona, is pretty good: his character actually has the occasional nuance, and Blier constructs several fine visual jokes around his rumpled character/actor. 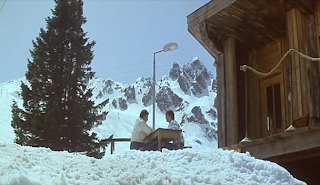