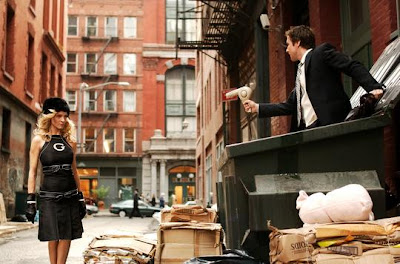 The central conceit of the film -- a superhero who you really don't want to break up with unless you're interested in much more than a bruised ego -- might make for an amusing short film, but stretched out to feature length it's dreadfully over-extended stuff. I'm not the brightest at anticipating plot developments and even I was sitting there waiting for the inevitable twists to kick in, while wondering what prompted Uma Thurman to accept such a needlessly unpleasant part; even by the standards of Hollywood romances, the character sets gender stereotypes back several steps.