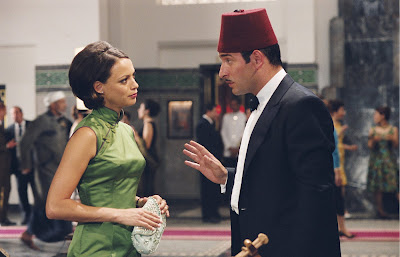 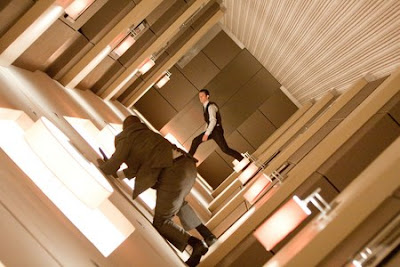 2010, US, directed by Christopher Nolan

Christopher Nolan is, obviously enough, a director fundamentally concerned with structure - here he makes that theme explicit by anchoring his film in dreams that are designed by an architect - but he hasn't quite managed to balance that concern with the demands of the Hollywood star system, which compel most big-budget filmmakers to place a star front-and- centre on the posters and in the action. The problem with that is that Nolan is at least as interested in the intersecting stories that radiate out from the film's central focus, but is compelled to keep Leonardo DiCaprio - or previously Christian Bale - on the screen at the expense of other narratives which are given tantalizing introductions. In some ways, Inception showcases a possible solution, particularly in the climactic dream sequence, whose multiple layers and players allow Nolan to make use of parallel tales where the leading man's absence is not only justified but required.

Still, the scenes that introduce characters like Eames (Tom Hardy), Miles (Michael Caine) and Yusuf (Dileep Rao), promise much more than the film can ultimately deliver, evoking parallel or past stories that we're ultimately not allowed to pursue (this is where the video-game comparison, widely made but rarely explored in depth in writing on the film, most obviously breaks down, given the side missions that are such a feature, and pleasure, of many current video games). Those piquant introductions have to serve as character development, too, as our own imaginations are asked to fill in the gaps in the characters' past histories. The same unfulfilled promise is evident in the early demonstrations of dream architecture, the fantastical manipulations of space when Cobb (DiCaprio) and Ariadne (Ellen Page) walk through Paris, bending the streets in on themselves to create infinite mirror images. By contrast, the final, lengthy dream sequences almost never play with space in this way - although Arthur (Joseph Gordon-Levitt) dances beguilingly through the hotel corridors, the building itself remains reliably intact.

All that said, what ultimately makes the film successful on its own terms is its ability to sweep the audience past those blind alleys as the film unfolds. There are enough other elements to both engage and impress that the questions, for the most part, don't arise until the conclusion of the film, given the degree of engagement required to keep track of where the various characters are at any given moment. Nolan is not at his best when shooting elaborate action scenes, with his quick-cutting style rendering the action overly confusing, although the slower rhythms of the hotel-corridor sequences are much more effective - Arthur seems genuinely to be in peril in these scenes, whereas the snowbound mountain setting in which Cobb subsequently operates is standard-issue James Bond (unsurprisingly, given that Nolan is paying conscious homage to On Her Majesty's Secret Service, but you wish that the reference wasn't quite so literal).

--
Although the film has only been on the world's screens for a couple of months as I finally get a few notes together, it has already generated some excellent online commentary, at least some of which certainly shapes my thoughts. I found the two blog entries, by David Bordwell and Kristin Thompson especially interesting; they link extensively to Jim Emerson, who didn't much care for the film but still found it worthy of dissection. David Cairns enjoyed the film rather more, but he's not blind to the film's flaws. 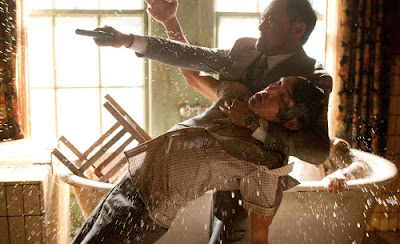 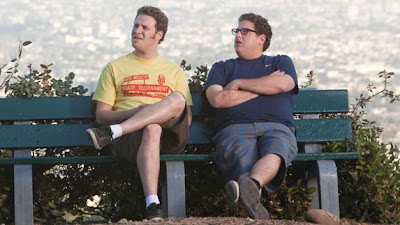 There are, of course, some compensations, particularly the aforementioned trio of roommates, while the interactions between Simmons and his doctor, the priceless Torsten Voges, are extremely amusing. The photography, too, is beautiful - Janusz Kaminski finds something new and gleaming in the light of both northern and southern California, particularly in the sequences around Simmons's house, such as the gorgeous overhead shot of an intensely blue pool that almost fills the screen.
No comments: