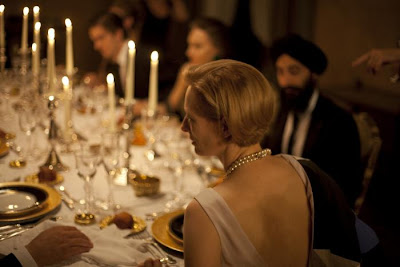 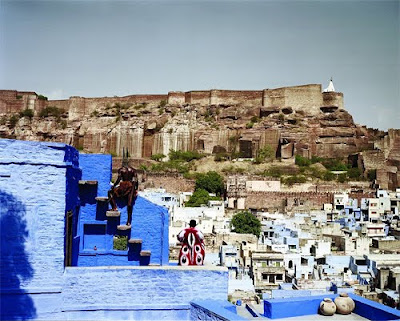 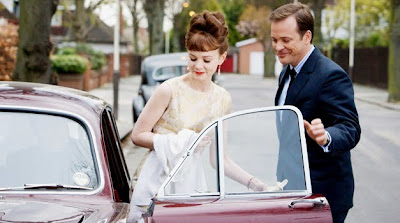 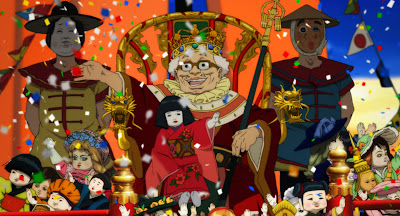 As with other anime films I've seen, Paprika seems to have two distinct levels of imagery, the one relatively straightforward and almost plain in terms of the visual approach - simple line drawings, and characters who don't look all that different to those from children's animation shows - and the other extraordinarily rich in colour, tone, and background detail. The contrast seems especially effective here, however, where the film revolves around the interplay between the "real" and dream worlds, with the two gradually becoming ever more closely entwined, with the bizarre imagery of the dream world ultimately invading the workaday reality. The film's complicated plot and constant back and forth switching - and occasionally even the specific imagery, such as the use of elevators or a floating body in a hotel lobby - seem to share something with the - later - Inception, providing an interesting complementary approach to some of the same ideas of shared dreams and psychological exploration.
No comments: 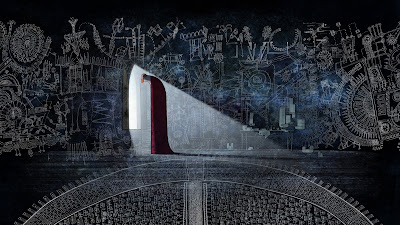 At times, the imagery is so powerful that it seems to overwhelm the characters: while the young characters' voices are wonderfully evocative and the late, lamented Mick Lally does a fine job as Brother Aidan, Brendan Gleeson's abbot seems somehow remote from what we see onscreen, as though his otherwise rich voice doesn't quite jell with the images.
No comments: 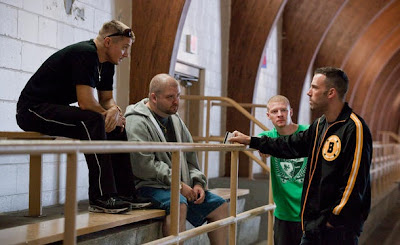 Ben Affleck has spun a pretty decent career out of his Boston connection, and as in his previous film, Gone Baby Gone, he proves to be an adept chronicler of the city, particularly in its blue-collar incarnation, with a good sense of the invisible lines that criss-cross the area, and the mental maps by which people conceive of their territories. That lends a real edge, for instance, to the unexpected entrance of Jeremy Renner to a sun-dappled Harvard square scene: not only is he unwelcome in the particular context, but in another sense he shouldn't be there at all, not wandering on that street at that time.

The film isn't quite as downbeat as its predecessor, finishing on a possibly redemptive note (that recalls, perhaps deliberately, the conclusion of The Shawshank Redemption), while recognizing the complex, troubled morality of Affleck's character; Affleck as director suggests that his freedom is simply another form of prison, with sins to be purged. There's also an enjoyable vein of humour, sometimes of the darkest kind, in the cat and mouse interplay with Jon Hamm's FBI agent, as well as in a terrific visual joke after one of the bank robberies that structure the film.

Affleck's style remains unfussy and straightforward: it's clear that he doesn't feel the need for directorial fireworks, a sign of confidence in both his material and his actors. He's also attentive to the casting of both the key supporting roles and the film's smaller parts, whether through the use of local non-professionals or seasoned performers like Pete Postlethwaite (recycling his In the Name of the Father Belfast accent), Jeremy Renner, and Chris Cooper, while also integrating fresher faces like Rebecca Hall, who played a crucial part in the first film of the Red Riding trilogy. While Affleck manages to give almost all of his actors a scene or two in which to shine, he's careful, however, to ensure that this doesn't detract from the film's momentum. That's a flaw in several of Judd Apatow's films, for instance: his work is constantly grinding to a halt because of the director's generosity toward his players.
2 comments: