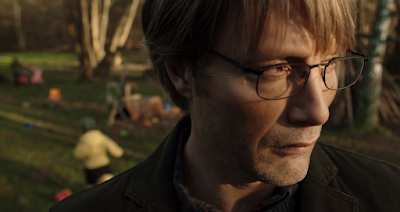 I haven't seen a Vinterberg film since his 1998 breakthrough Festen, and this returns to some of the same territory, a close-knit group of middle-class Danes dealing with a trauma. This picture depicts the aftermath of an accusation of child abuse in a small community, and the sense of blind groupthink is quite impressive, while the choice of subject matter is always challenging (to the point, just occasionally, of distraction: I found myself wondering how they worked with the child actor to ensure she was shielded from the more unsavory elements).
No comments: 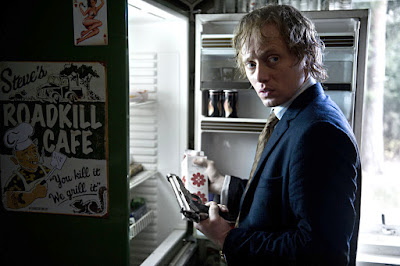 More Scandinavian genre fare, reasonably interesting for the first half, completely lacking in credibility thereafter, though again with an edge of tough-mindedness one might not find in modern American genre films of this kind. There's also a slightly absurd edge at times that had me wondering if it was supposed to a comedy, though I'm not convinced that this was intentional -- certainly Tyldum is no Bong Joon-ho.
No comments: 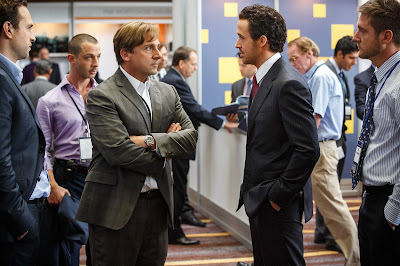 A very decent effort to comment on an exceptionally complex financial situation, making fine use of a variety of fourth-wall-breaking devices while also functioning as a more conventional modern interlocking story.
No comments: 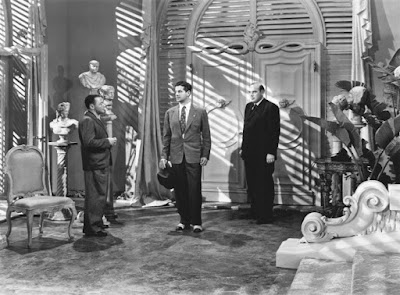 An oddball noir from Arthur Ripley, based on a Cornell Woolrich novel, which features some spectacular narrative sleight-of-hand even by the standards of the mid-1940s. Ripley's career as a director encompassed only three features, and it's a shame he didn't pursue his interests more as this is certainly distinctive in its feverish Florida/Cuba atmosphere, while it is also blessed with a very fine cast: Robert Cummings, Peter Lorre (oily in a weirdly catatonic way), Michèle Morgan, and Steve Cochran are all in good form. Most memorable, though, for the feverish atmosphere. It's well-worth watching the picture in conjunction with David Bordwell's pair of 2016 blog posts, which contain major spoilers (though 1946 audiences would in many cases have known what was up, as Bordwell so expertly demonstrates).
No comments: 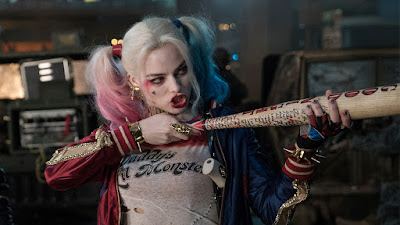 Entirely silly, and at least fifteen minutes overlong, this was still pretty fun, especially on the big screen, where some of the set-pieces played rather well -- the helicopter gunship/Spirit in the Sky sequence wasn't quite Apocalypse Now, but it captured some of that film's bombast and repurposed it to comic effect.
No comments:

2016, US, directed by Paul Greengrass

Much less involving than its predecessors -- where the filmmakers previously managed to preserve some vague sense of Bourne as human being, here his invulnerability shades into the absurd, and at times the destruction becomes as mindless as in any superhero flick, to no greater purpose.
No comments: 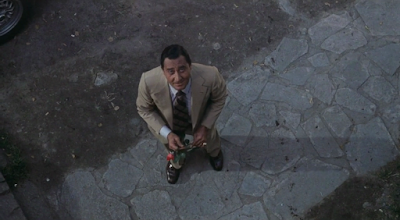 A genuinely strange film from Ettore Scola, an adaptation of a Friedrich Dürrenmatt novel in which Alberto Sordi stumbles into a mock trial conducted by a bunch of retired legal eagles in a sprawling castle. There's a sense of incipient madness almost all the time, an oddly hysterical atmosphere lurking just under the surface, both in the trial itself, which the "accused" and the members of the legal profession view very differently, and in Sordi's relationships with the castle staff, with miscommunication or non-communication the main feature. The main distraction, for me, was the post-dubbing of all the actors's voices, standard in Italy in the 1970s -- at times, the discrepancy between the studio-recorded dialogue and the setting, which would have had radically different acoustics, was jarring, and it's sad that there's no French-language audio in existence given that the legal minds are played by Charles Vanel, Claude Dauphin, Pierre Brasseur, and Michel Simon (in one of his final roles).
No comments: 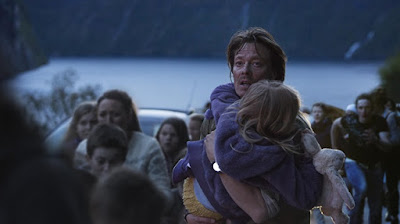 Norwegian genre fare, watched out of curiosity when it popped up on Netflix. In most ways the picture is very similar to its Hollywood counterparts (the terrible disaster is ultimately the backdrop for the reunification of one particular nuclear family), but with some interesting nuances: it's a disaster film that needs to turn its lack of budget for special effects (restricted to a few sequences) into a virtue, and it makes smart use of pace, music, editing to create tension, while it also boasts a female lead able to match the male in terms of pragmatism in the business of survival.
No comments: