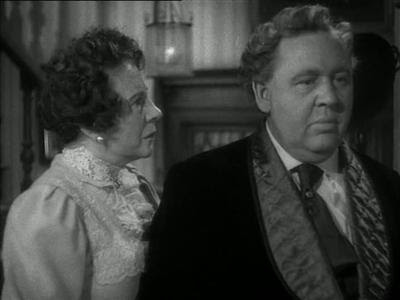 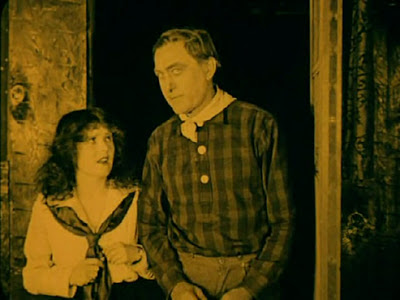 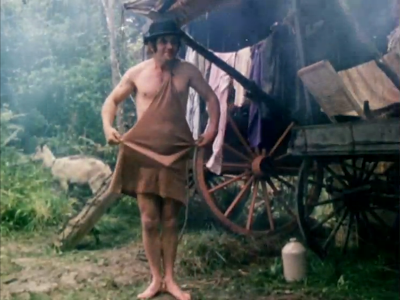 It's not hard to imagine a certain overlap between the reception afforded Blerta and that experienced by the various wandering entrepreneurs onscreen here, and Geoff Murphy gleefully explodes any lingering myths about the genteel early years of (white) New Zealand life: the townsfolk here are generally drunken buffoons, divested of most traces of civilization in their muddy backwater. The film is a rough and ready draft for more successful future film outings by the Murphy-Lawrence pairing, with some dated humour effects, relying too often on silly speed-up effects or sub-Monty Python anachronisms, though there is some striking camerawork and a very vivid sense of the tawdry small town background.
No comments: 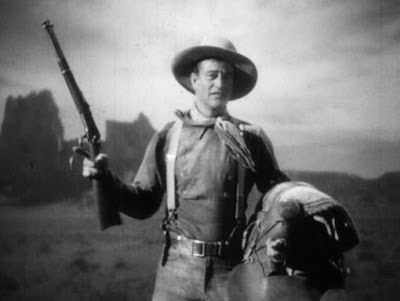 Already rich in its own cinematic history, Stagecoach assumes its small place in the history of our family as the first full-length film that I watched with Shay, at the tender age of two-and-a-half. I highly doubt he picked up on the cinematic finer points -- the wonderful shot that introduces John Wayne, crowning him a star in the process, the richly detailed characterizations in the crowded stagecoach, the creation of many of the myths of the screen Western -- but he seemed to find the story absorbing. As befits the obsessions of a toddler, he was concerned every time the horses were offscreen, and needed not just reassurance that they would indeed be back but also information on where they currently were and what they might be up to.

Unsurprisingly, Shay found the central fight between a raiding party and the stagecoach hugely exciting, but he also found Andy Devine's voice and demeanour very amusing, and quickly picked up on the fact that Wayne was top dog in this particular microcosm. The long sequence at a rest house was a good deal more challenging for his limited patience, but he never gave up on the film and was most intrigued -- as many of us might be -- by the arrival of a baby when there was no obviously pregnant woman in the travelling party. In other words, my toddler son was baffled by the restrictions of the Production Code years before he ever heard of such a thing. 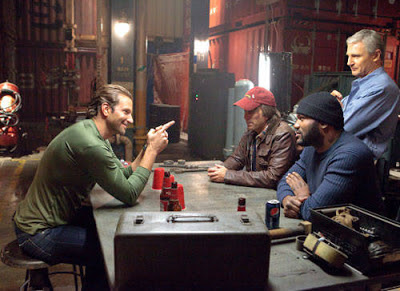 The plot, and many of the action scenes, are almost incomprehensible, but there's the occasional pop of visual interest -- the sudden appearance of a face in closeup, or a bit of aestheticized carnage -- and intermittent amusement from either the references to the silly TV source material or, most often, the antics of Sharlto Copley's Murdoch. Like the vast majority of action comedies, though, this can't figure out a way to marry the sometimes brutal violence of the set pieces with the jokey tone of the connecting material, failing to note that what helped the original series carry off this trick was the fact that the violence was considerably less terminal in nature -- resulting in bruises rather than bodybags.
No comments: 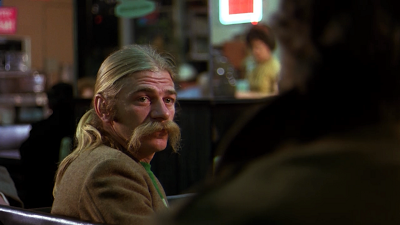 1971, US, directed by John Cassavetes

Released the same week in December 1971, Cassavetes' film gives Harold and Maude a serious run for its money in the unlikely-screen-couple stakes. The early going introduces us to the leads in parallel -- Seymour Moskowitz (Seymour Cassel) is a New York car park jockey who decides, for no particular reason, to head west to LA, where he eventually encounters Minnie (Gene Rowlands), a museum employee dealing with both the unrealistic romantic expectations she feels the movies have given her and the attentions of, among others, an abusive, married man. 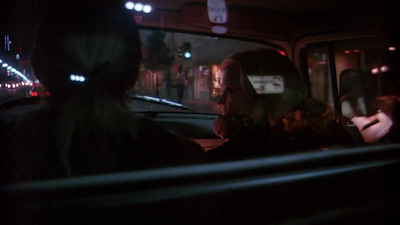 As mismatched as the pair seems -- they seem to be at odds far more than they are in agreement, though this may well be an accurate reflection of the Cassevetes-Rowlands union -- the individual interactions are wonderfully authentic: the indelible crazies of the New York night, the wine-soaked girls' outing that reveals some of Minnie's deepest concerns, Moskowitz's caffeinated take on everything from ordering a hot dog to parking a car (the bull-in-a-china-shop impression has much to do with the clash of coastal cultures). It's a high-wire act at times, too, particularly in the sequence where Moskowitz hopes to take Minnie dancing: an argument seques into a transcendent moment when the couple dances to the sound of a car radio, before the wheels come off again. Best of all, perhaps, is the moment when Moskowitz's moustache, which should have its own credit, unexpectedly and hilariously becomes a plot catalyst.