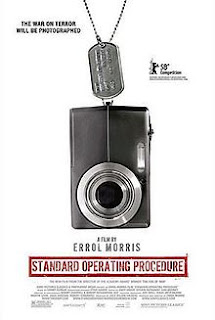 I couldn't help feeling that this was a major missed opportunity. Sure, it reawakens the outrage that many of us felt as photos of abuse and apparent abuse appeared from Abu Ghraib, and suggests that the photos were evidence of a much more systemic set of attitudes to Iraqi prisoners. However, Errol Morris's unrelenting focus on those photographs contributes to lack of accountability further up the line, because we cannot see those people committing or ordering criminal acts, as opposed to what we can see in the photos of lower-rank personnel. By limiting the consideration to the examination of the pictures we see, there's little sense of what went on outside the frame because that evidence would take a very different form. As an aside, although I've generally enjoyed Morris's visual style in the past here I found the shots of his interviewees were often distractingly unflattering, whether through choice of close up/angle (Lynndie England comes off particularly badly) or background (which does no favours for Janis Karpinski, for instance).

Tony Scott's last couple of films have taken place over a compressed period of time, and Unstoppable extends that trend to its logical conclusion, with a story told virtually in real time as a runaway train thunders toward a grimy Pennsylvania town. Despite the presence of Denzel Washington on his fifth outing for Scott, the trains dominate the screen for much of the running time, colour-coded, and no doubt colour-corrected, against the striking rust-belt locations.

Washington's character seems like an extension of the solid career man he played in The Taking of Pelham 1 2 3, albeit this time at the controls of a train rather than in the operations room; that job is taken here by Rosario Dawson, who is terrific as a straightforward woman focused on solving problems rather than respecting hierarchies. Despite the film's physical drama, Scott is also strikingly attentive to workplace details: these people, concerned about office politics, union policies, and chilly corporate decision-making, are nicely drawn despite the film's adrenalized presentation, although the corporate types are, for the most part, rather less subtly drawn. 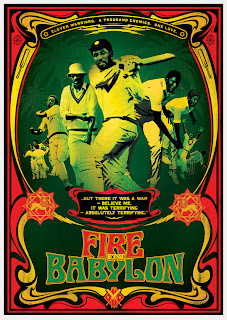 
A terrific portrait of the fearsome West Indies cricket team of the 1970s and 1980s, set against the backdrop of the cultural and political ferment from which bubbled forth reggae's global rise and the raw-edges of The Harder They Come, Fire in Babylon is a little lacking in broader cricket history, never mentioning, for instance, the deeply controversial "Bodyline" tour of the 1930s, which soured Anglo-Australian relations to an astonishing degree over the use of physical intimidation (by England). As the film tells it, the lethal West Indies fast bowl attack was developed as a response to Australia's fiery tactics, accurate enough for the short term, but an irony indeed when seen in the context of vociferous Australian objections to such intimidation in decades past.

Such tactics were a major innovation for a Windies team still emerging from the colonial shadow, ay a time when they were often dismissed as fun-loving calypso cricketers. As the film tells it the 1976 tour of England marked a major turning point in Caribbean identity, including for those in the diaspora who had endured two decades of unwelcoming treatment in the alleged mother country. Indeed, the team's performances seem to both feed off that broader awareness and contribute to it, most often in brashly joyous ways.

For the sportsmen themselves there was clearly much more on the line during the period, most notably during that 1976 tour of England, during which the athletic young West Indian players made England look, quite literally, like a bunch of old men - surely sowing the seeds for a major change in training and conditioning by cricket players. The players weren't just making a sporting point: England's captain, the South African-born Tony Greig, made a spectacular, if likely inadvertent, miscalculation when he commented that he intended to make the West Indies "grovel" during the course of the series. That he made his comments at a time of great unrest in South Africa - the Soweto Uprising began during the tour - only reinforced the sense that the West Indies were playing for rather more than sporting victory, and even in the interview 35 years on there's an icy tone to Viv Richards's comments when asked about Greig's ill-chosen words. It's one of the highlights of the film, giving a glimpse of the steel for which Richards, who played without a helmet, was known. 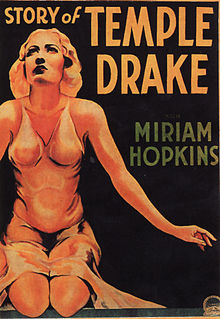 The central sequence in a decrepit mansion populated with bootleggers is terrifically atmospheric - sheets of rain, wonderful use of shadow, sweaty, perhaps crazed, characters - and there's an interesting slice of class tension at work, too, with Temple suddenly exposed to a part of the Southern underbelly usually only seen in her grandfather's courtroom.
No comments: 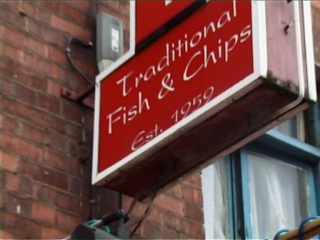 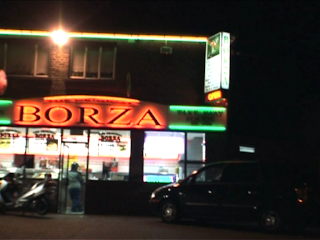 Although they had been paired onscreen briefly a couple of times before, this was the first occasion on which Louis de Funès and Bourvil shared top billing, and the collaboration was such a success that they were reunited the following year for an even bigger hit, La Grande vadrouille. That title, which roughly means the big trip, could just as easily have been used here, as Le Corniaud takes the two men on a peripatetic journey from Naples across the south of France.

Although Gérard Oury tends to emphasize his actors' less subtle comic stylings -- Bourvil's exasperated sighing with hands flung in the air, De Funès's rubber-faced mugging -- there are more graceful moments, too, particularly near the end when Bourvil soft-shoes away from his pursuers, his gait reminiscent of Jacques Tati. That moment is the more enjoyable because it's where his character finally turns the tables, revealing himself as something more than the titular sucker.

The film looks terrific thanks to Henri Decaë's scope photography -- I love the shot above where de Funès is just about visible in the background, crammed into a small car, while the oblivious Bourvil chatters away to him by means of a radio phone, but Decaë also does nice work with colour in other sections of the film, notably in a campsite sequence with brightly-lit tents. He had quite the career, switching back and forth between nouvelle vague directors and French (and later American) commercial cinema with ease.
No comments: