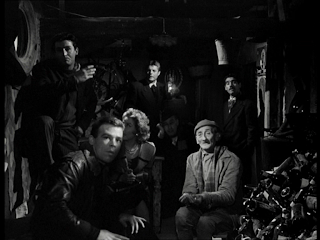 Although it has an exceptional cast - Gassman! Mastroianni! Cardinale! - perhaps the producers weren't confident that their largely nascent stars had what it took to make the film a success, since the early posters for the film featured Totò misleadingly front and center. The older comic's role is rather small but Monicelli introduces him in clever fashion, hiding him in the centre of a scene and then gradually revealing him such that you suddenly realize he's been there all along, cloaked in darkness. 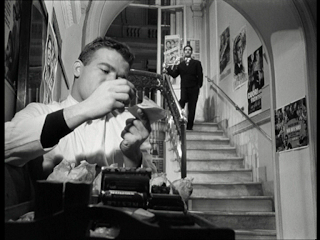 Perhaps Monicelli's greatest trick here is to combine a treasurable series of character portraits with the relentlessly downward spiral of his narrative, in which a grandiose robbery is transformed into farce; everything that could go wrong does go wrong, and a little more to boot. Those broad-brush portraits employ and dissect more or less every Italian stereotype - snobby northerners, cunning Neapolitans, pathologically jealous Sicilians - around, suggesting that somehow that a rather motley collection of individuals is capable of collaborating in some loose collective endeavour, albeit with plenty of mistakes along the way. It's not hard to discern therein that a commentary on the state of recovering post-war Italy, or rather an undercutting of the public success story with a counter-narrative of muddling through; that commentary is worn lightly, though, in a film that so adeptly creates an atmosphere of impending comic disaster.