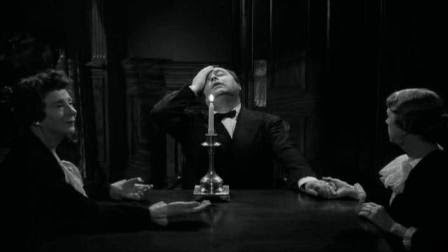 Another of the films banned by the Gold Coast censor in 1946, Pillow of Death was condemned on the basis that "During the first five minutes of this film no less than six murders are committed. Elsewhere the film contains numerous scenes of horror and violence and also a good deal of matter very unsuitable for illiterate audiences." The description of the opening minutes is wholly inaccurate, since the entire film doesn't have six murders, and they are generally shown quite discreetly. It is possible that the censor was describing another film -- the censorship board commonly reviewed several films in a single evening, usually by watching only selected reels from each picture -- but also possible that the writer mis-remembered the film or chose to exaggerate the violence in the early going. The film contains scenes of spirit communication and the moving of a body, the kind of fare that the censor often assumed would be problematic for African audiences, and that may have counted more against the film than the body count.