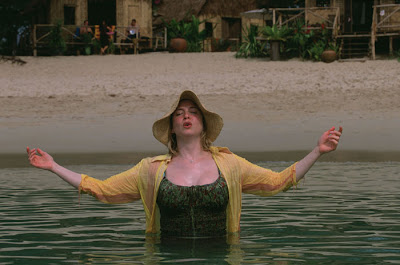 I'm not sure if it's a symptom of the kind of project offered to female directors these days, or whether Beeban Kidron's early work, especially for TV, was something of a flash in the pan - she's been behind the camera for several undistinguished Hollywood projects by this stage - but this is just dreadful. It plods along with almost no sense of style or wit - it's not entirely impossible to inject a film like this with a little verve - and the script displays no indication that some of its more outlandishly offensive ideas (such as the scenes in a women's prison) are intended ironically. The scenario is ridiculous, and padded out far beyond the length needed, the actors seem tired (Hugh Grant gives things a minor lift, but it's a Sisyphean task), and this second Bridget Jones film reveals Colin Firth's character rather brutally for the pompous arse he is; if this is a man to aspire to, we're in worse shape than I thought.