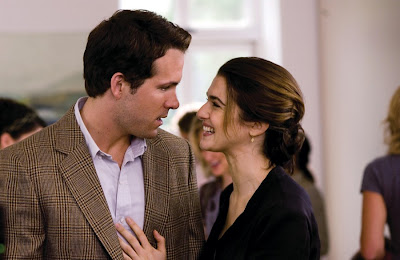 I confess I was frequently nonplussed by the central storyline in which a father (Ryan Reynolds) tells the sanitized story of his past to his daughter (Abigail Breslin) as he prepares to finalize his divorce from her mother, perhaps the result of missing a key few seconds at the beginning, but Reynolds is charming enough to distract from the silliness of the set-up, and there's some decent support, particularly from Kevin Kline, enjoying himself as a roué. The unusual backdrop to his youthful romances - the 1992 Clinton campaign - is surprisingly effective, too, recalling a very different political moment but also depicting the erosion of youthful ideals.