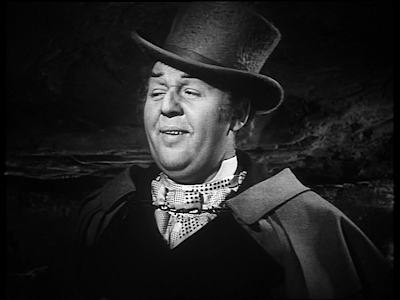 Judged as a 1930s entertainment, Jamaica Inn is perfectly serviceable: it's fleet of foot, with several memorable performances, while smugglers and their evil-doings make for inherently rip-roaring misadventures. The problem is that it's a Hitchcock movie, and by 1939 the director had already set the bar pretty high for himself. With a few exceptions, Jamaica Inn doesn't feel like a Hitchcock, particularly following directly on from his sextet of British thrillers. There are several striking shots of Maureen O'Hara - who's wonderfully energetic in her first major role - near the end of the film, and occasional bits of business that showcase Hitchcock's extraordinary ability to create against-the-clock tension (for instance in a hanging that O'Hara's character witnesses) but otherwise the film seems to conform entirely to adventure convention for long stretches. 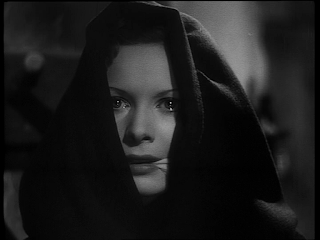 That seems especially true in the sequences featuring Charles Laughton. While the actor is treasurably hammy, delivering his lines with genuine relish, and occasionally penetrating to an extraordinarily superior state of mind not unknown among the British aristrocracy, his performance belongs in a different film. Each time he appears on screen he unbalances the whole affair, distracting from rather than enhancing a film already over-stuffed with larger-than-life characters (most notably Leslie Banks and Emlyn Williams, the smuggler-in-chief and his sidekick). 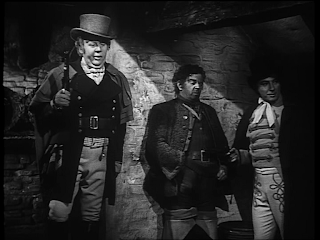